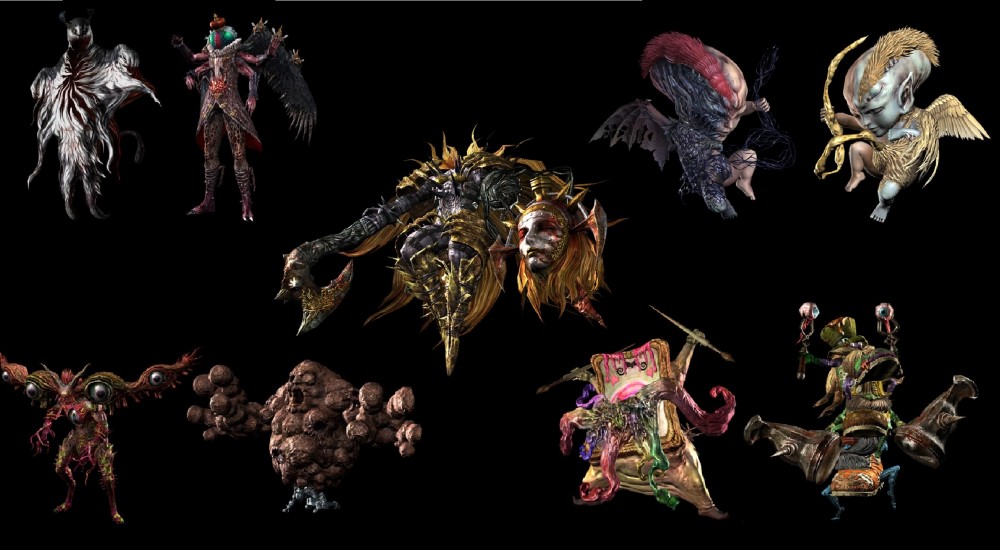 I'm sure some of you are still playing Soul Sacrifice. I know I am. Okay, maybe I'm not, and I'm pretty sure most of you have moved on, too. Hey, at least I'm downloading the new bosses Comcept keeps pumping out, because I plan on getting back into the dark fantasy spell shooter as soon as I finish a few other games on my backlog.

I've co-op'd with more random people in Soul Sacrifice than I have with any other game I've played so far this year --quite successfully, I might add. I've put well over a hundred hours into the Vita exclusive and I've thoroughly enjoyed it. Still, I have not been able to keep up with the bi-weekly boss additions. It doesn't help that they seem to be updated randomly during the week they come out. I can't sit around refreshing the PlayStation Store all day Tuesday. I'm a very busy and important man.

The last time I did an update on SS DLC the Ouroboros and Wraith were the new hotness. The big giant head that is the Ouroborous was actually a pretty cool Archfiend and seemed to be more than a simple re-skin of one of the original bosses. The Wraith was a pretty standard flying enemy. It beat up my 1/99 Dark Arm with projectile attacks and a wicked teleportation move. Then I grabbed some online players and that was the end of that. Decent enough bosses for the low, low price of el zilcho.

Since that last post we've been graced with two more pieces of DLC yielding four new bosses. The Troll, Basilisk, Beelzebub, and Cat Sith are all free to download from the PlayStation Store. You can see video previews of each creature, plus two more upcoming bosses here.

While I was downloading and updating my game I also noticed a new Fellow Sorcerers quest line and a new stage. This can't be found in the regular downloads from the PS Store so make sure you update your game to the latest version.

Once again I took a peek at the Japanese Soul Sacrifice site and spied videos for the last three free bosses. Enjoy:

This one translates to "The Iron Maiden." Go figure.

This one is apparently the "Sert God." Fine. Whatever. Giant demon babies. Great.

And this one is the "Romulus God." I expect these names to change.

According to the PlayStation Blog the remaining free DLC schedule looks like this:

August 20th: “ The Cobbler Triplets and the Old Master”
September 3rd: “The Iron Lady’s Tears of Red”
September 17th: ” The Fall of the Gods”

I don't know if the game was successful enough to warrant future paid DLC, but Comcept does add new premium content I hope it includes some new grunts. It gets a little old killing rats, cats, spiders, and birds for 150 levels. Give me a skeleton or something humanoid, please.