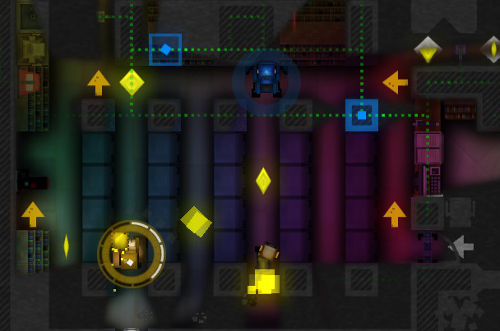 I know what you're saying, "didn't you just post your review of the game, which I totally didn't skip to the end of, and now I'm all excited to play it on my Xbox?" I'm sorry to say it's sad, but true. The XBLA version of Monaco: What's Yours is Mine is getting a delayed release. News of this came just yesterday afternoon from the official Monaco Facebook page. Not many details are provided as to the cause of the delay - the post merely states "there is an issue which requires that we push our Xbox Live arcade game release date a little" - or how long that delay will be.

So, the bad news is that you won't be heisting with your friends on XBLA today. The good news is, the game is still available on PC today via Steam, and in my opinion, is worth picking up twice.

We just discovered that there is an issue which requires that we push back our Xbox Live arcade game release date a little. We've already submitted an update to Microsoft to fix the problem, and as soon as we know that the issue is fixed we'll have a new release date. I know our fans have been waiting a long time for the game, and hopefully they'll have the patience to wait just a little while longer. What's mine will be yours very, very soon!