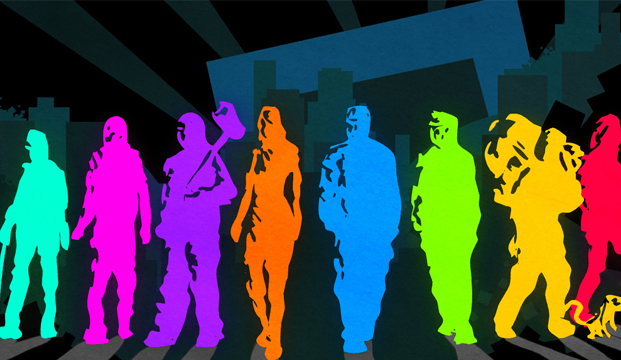 Monaco: What’s Yours is Mine is a wickedly fun co-op game to play, but a what if it had included a multiplayer mode as well? Would it have taken away from the immersive co-op gameplay we have now? Andy Schatz recently described some reasons why Pocketwatch Games decided to stick to their co-op guns and forgo some competitive modes for Monaco.

Any additional features are always appreciated in great games such as this, so why not keep the modes that were intended to be included from the get-go? On a special thread on Reddit, Schatz openly answered user questions about Monaco’s development and discussed with users some of the studio’s decisions for choosing to focus on co-op gameplay. One of the many questions thrown his way was, “Which features didn’t make it into the game?” He responded by explaining the potential of competitive multiplayer modes ideas that were tossed around:

Cops and Robbers and Thief vs Thief. We wanted to add two additional competitive game modes to the game. We got them to playable, but we discovered that for both modes the balance didn't really work within the existing levels. We were going to have to build entirely new content tailored to them in order to make them feel at the same level of quality.

There are some itneresting challenges with both that we never fully figured out: in thief vs thief, players could go to different floors and were trying to collect the most coins before getting the trophy and escaping first. But we found that the thief that got out in front early just sucked up all the coins, which reinforced his advantage. So we introduced colored coins: coins that could only be picked up by you. But in the end we felt like there really wasn't enough interaction between players for it to feel fun.

With Cops vs Robbers, the problem was more that in adding a cop to any level, in the early levels it was too easy for the thieves to win and in the later levels, it was almost impossible for the players to win. When it worked, though, it was incredibly fun! I'm still hoping to add this mode at some point.

From what he described, it sounds much like the special “Encore” levels were the smaller renditions of the "Thief vs Thief" mode that wanted to be included. Schatz stated his interest in getting the mentioned “Cops and Robbers” mode into a DLC (including character balancing changes) “at some point", which is really great news to hear. But who knows? Maybe other new modes will be added in the future! So as long as fans keep their support for this awesome co-op game, anything is possible for this game.

Monaco has 4-player online/local capabilities and is currently available for the XBLA and PC. Read our review here!