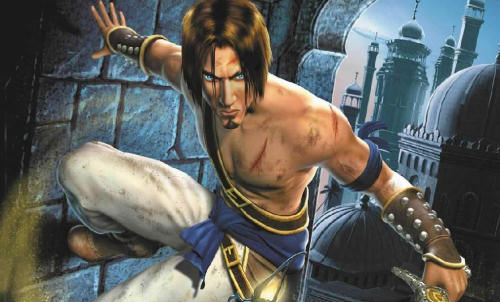 At our house, almost every game is a cooperative experience, even when it wasn’t designed to be. Now, you might be thinking that I lack the understanding of phrase co-op to suggest such a thing. But my roots as a gamer reinforced just that idea.  Sometimes co-op can be found in unexpected places, and in unexpected ways.

My older brother and I got our NES for Christmas of 1987. The rest of our school break disappeared into the world of the Mario Brothers, a Hylian scamp named Link and the mysterious space explorer Samus Aran. Rather than each playing our own games, we worked together to beat them. Neither of us wanted to miss a moment during those few weeks of our winter break, even if it meant watching while the other brother played. We offered advice, learned from one another’s strategies and traded the controller back and forth when we got stuck or the notorious hand cramps caused by the square controller set in. This pattern continued for years, until my brother graduated high school and left for college. Across dozens of worlds, we were a team and no game could stand in our way. Blaster Master, Mega Man, Final Fantasy…they all fell before us.

Those fond memories were buried deep in my mind, until two things happened at about the same time. My fiancé picked up the Prince of Persia trilogy and her daughter discovered Final Fantasy.

My fiancé, Tamra, fell head over heels for the dashing Prince, but would occasionally go into near fits of controller throwing rage trying to get past some of the platforming sections. As she watched the Prince plummet into a bottomless void for the umpteenth time, she threw the controller at me and headed to get a glass of water. With fresh fingers and the wisdom gained from watching her failures, I leapt, jumped and wallran past the bottleneck then passed the controller back. From that point on, we played the series together. She would go until frustration set in, then hand me the controller. But she never got as mad as she did that first time. We beat all three games that way. Around this same time, Tam’s daughter Sierra discovered Final Fantasy and instantly became a devout fan. But, she had a tendency to avoid random battles as much as possible and only work on advancing the story, which inevitably left her underpowered to fight later bosses. So Tam and I jumped in to help out. The three of us played through Final Fantasies 10 and 12 together, each working on sections the others didn’t particularly enjoy. I got to become reacquainted with a series I had given up years before, without personally investing the dozens of hours to play through one. Tam learned that she enjoyed some JRPGs, a genre she had previously avoided. Sierra got to finish games she would have otherwise put aside.

While we play more and more true co-op games, we still have a tendency to work through single player campaigns together. Depending on the game, just Tam and I play. Other times the entire family bands together to save some poor world from destruction or rescue the princess.

My brother and I played together partly out of necessity. We only had one television and one console, but both wanted to play. In today’s world, few people need to enjoy a single player game together. Gamers may have multiple TVs, consoles, computers, handhelds and other entertainment devices in a house. They can always find something else to do if a partner or kid is on the main TV. And as gamers, we want to play, not spend part of the time watching. But, as was pointed out by Jim McLaughlin in a Co-Op Couples piece extolling the virtues of turning a competitive game into a cooperative one, we have the power to define our game experiences as we want. A bullet point on the back of a game box does not dictate how we play. While the co-op gaming scene continues to grow, there are still many high quality single player only games on the market. Experiences like Bioshock, Fallout 3, Half Life 2 and Oblivion shouldn’t be missed. With some exceedingly long games, like Oblivion, it can reduce the likelihood of burning out part way through if you share time playing. Sometimes watching someone work on the same puzzle that had frustrated you will give you new insight into how to solve it. Partner with your lover and open up to a new way to play. Turn a normally exclusive experience into a shared one. It requires giving up the controller for parts of the game, but you may discover new insights into both the game and your significant other by letting go.

Thanks roland for a great Co-Op Couples submission.  If you're interested in submitting a Co-Op Couples Story to Co-Optimus send an email to couples@co-optimus.com