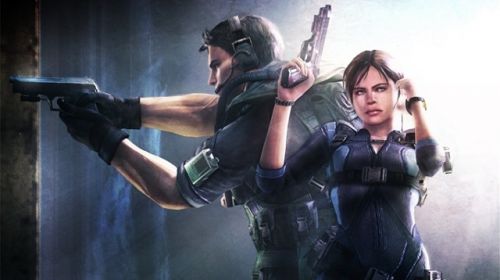 People who love the Resident Evil series often can’t accept it taking off into new directions. Resident Evil Revelations might have been a single player experience in the final version, but what happened if it were originally designed differently? What if they meant to take their Resident Evil 3DS debut in a different direction?

When a video game series becomes as big as Resident Evil is, it must be tough trying to find new ways to give veterans a new experience of the same formula and at the same time keeping newcomers in the loop as well. In Revelations, however, the producers were, at first, torn on whether to retain some of RE’s staple themes or try out a new aspects to appease their audience. Revelations producer, Masachika Kawata, fills us in on the decisions made behind the scenes.

While focusing in on the co-op aspect of the game, they decided to add “Raid Mode” as an alternative to the original co-op storyline. Why? Because of the specific experience the producers wanted to give to the player. Kawata stated:

"We had online co-op for the story campaign up and running in the early stages of development, but feedback from testing indicated that single-player Resident Evil was scarier, so we left it out and focused our attention on improving the single-player survival horror experience.”

This doesn’t mean the single player isn’t worth playing because of the lack of co-op. To this day, a good Resident Evil storyline revolve around a single character, surviving all on their own, type of mission. Having a player beside you presents a small sense of security, which any horror game should be without. At its core, that’s what Resident Evil games are all about; the thrill of lone survival. However, this doesn't mean the Resident Evil series won't continually try to evolve itself. Resident Evil 5 tries something new with its cooperative campaign, and for most fans, it was a love hate relationship.  Revelations got out lucky this time around.

Although the latest Resident Evil didn’t host a co-op campaign, Operation Raccoon City, which will release come this time next week, is all about the co-op aspects many would hope to see in a Resident Evil game. Some of the more long time fans of the series might take more of an interest to a more single player experience and dislike the idea of this caliber of Resident Evil muliplayer (which is fine!). In the end, it really all depends on personal preference, but don't miss out on a great experience just because it's something different than you're used to.