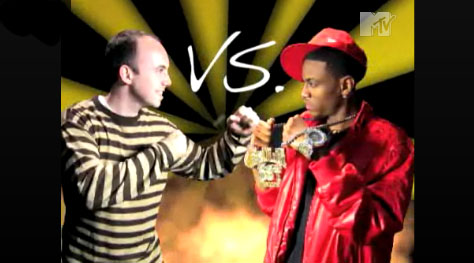 Our coverage of Soulja Boy is finally at an end, barring a miracle in his upcoming game, there's simply no reason to talk about him anymore.  As we previously reported, Soulja Boy and Stephen Totilo of MTV Multiplayer Blog fame were set to duke it out in a 3 round video game blockbuster battle that would rival The Wizard.

The battle is over, and the winner is crowned.  And while the battle itself didn't live up to the hype, Totilo did get some pretty interesting info out of the rapper in regards to cooperative play and Left 4 Dead.

“Left4Dead” is kind of the new “Braid”: Between rounds of our match, Soulja Boy and I talked games. He’s clearly not a single-player gaming kind of guy. So I was curious what he thought of “Left4Dead,” which seems perfect for him. He said he’d only played it a little and I gathered that he hadn’t really wrapped his head around how it’s meant to be played. He wasn’t mocking the game, as he did “Braid,” but if there’s a game that you’d want a gamer of Soulja Boy’s interests to get into, I think it’s “Left4Dead.” I was telling him that co-op is a must.

And I thought rappers were all about teamwork. It seems every other song has a "featuring" by line.