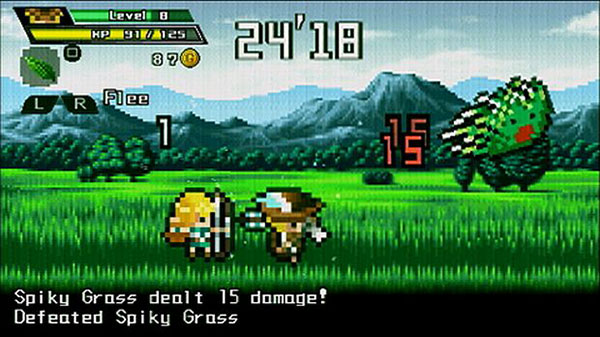 Half-Minute Hero was a quirky title for the PSP which challenge players to complete various quests, tasks, and gameplay elements all in the span of 30 seconds.  Whether you were playing an RPG, a Shoot Em Up, or an RTS, the game had all the elements of these games wrapped up in a surprisingly quick package.  We loved it.

Now a sequel has been announced, coming to Japan this November, that focuses solely on the game's strongest subsection - the RPG.  Half-Minute Hero 2, or Hero 30 Second as it's being called in Japan, will come with 90 quests as well as a quest editor and full social functions to share the quests you create with friends online.  If that's not enough there's a new mode called Infinite Hero which pits you and three friends against infinite waves of baddies in co-op survival.  Perhaps the challenge is lasting more than 30 seconds?