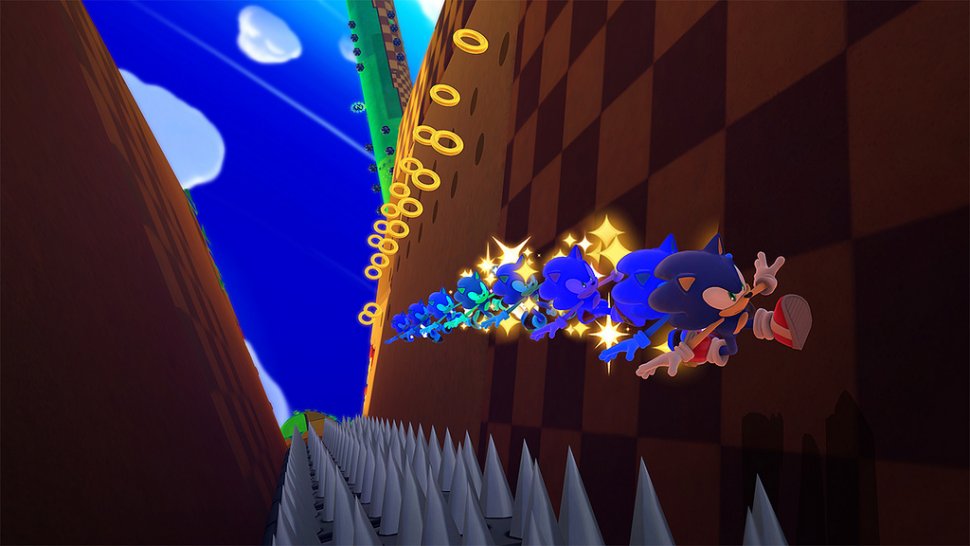 Since Sonic 4: Episode 2 was released, fans we looking for a more polished, but modern take on the Sonic the Hedgehog series. SEGA moved closer to that vision with titles such as Sonic Generations and Sonic Colors, but fans believed that Sonic's potential could really shine in a true, next gen game. Announced by proudly by SEGA in their continual team-up with Nintendo, a brand new Sonic the Hedgehog game, Sonic Lost World, with a whole new look and a literal twist to the classic Sonic landscapes might finally give die-hard fans their wish!

This time around, instead of the classic Sonic vs. Dr. Eggman bout we’ve all seen before, both of these two longtime enemies must team up to take down a devastating group of monsters known as the “Deadly Six”. Luckily, new parkour moves and the returning ‘Color Powers’ being upgraded will give Sonic the tools necessary to defeat these enemies and tackle the ever changing environments ahead. Depending on the system gamers play on, the controls will most certainly change to the uniqueness of the platform. For example: touching, tilting, aiming, etc. motions will be used specifically for the Color Powers on the Wii U GamePad. Chief Content Officer at SEGA of America, Hiroyuki Miyazaki, expressed some great enthusiasm for the next chapter of Sonic’s tale:

We are proud of the strong relationship between Nintendo and SEGA and look forward to continuing success with Sonic Lost World on Wii U and Nintendo 3DS. The game marks an evolution of the Sonic series and fans –both old and new — will be excited by a story which sees two of video games biggest adversaries, Sonic and Dr. Eggman, joining forces for the first time to help defeat a new deadly threat.

We have learned that the game will have a wide range of competitive multiplayer modes, including a 2-player co-op mode for the Wii U! No details on the mode have been revealed, nor if this can be done through online play. Maybe in the likeness of Mario and his evolution within 3D platformers, perhaps the secondary player might function much like they do in Mario Galaxy 2. Only time will tell! Either way Sonic’s future is looking very bright (and colorful)!

Sonic Lost World will be released exclusively to the Nintendo Wii U and 3DS before the end of this year.