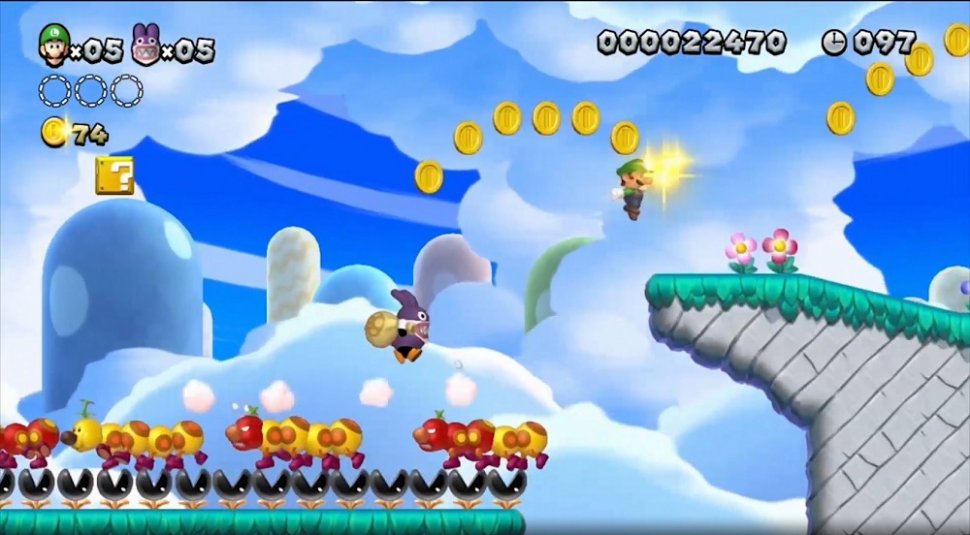 Seeing brother against brother is never a pretty thing, be it the Double Dragon boys fighting over a less than fair maiden, or Mario and Luigi scoping the town for some Shroom.  I've always known that Luigi was the better of the Mario brothers; after all he is younger and taller.  Proof has finally been found in this new footage for New Super Luigi U that compares the Plumbers Two and shows how Luigi's unique abilities affect the game.

Luigi U is due out on June 20th as DLC for $20, but will also be coming to retail as a standalone title on August 25th for $29.99.  The game has the same 5 player co-op as New Super Mario Bros U, but with the 82 levels being tweaked to highlight Luigi's additional jumping and sliding prowess.

At some point you may notice that you do not fully comprehend what the trailer is saying, this is because it is in Japanese.  If you do understand Japanese, congratulation; everyone else will still get the gist as the trailer is pretty clear: