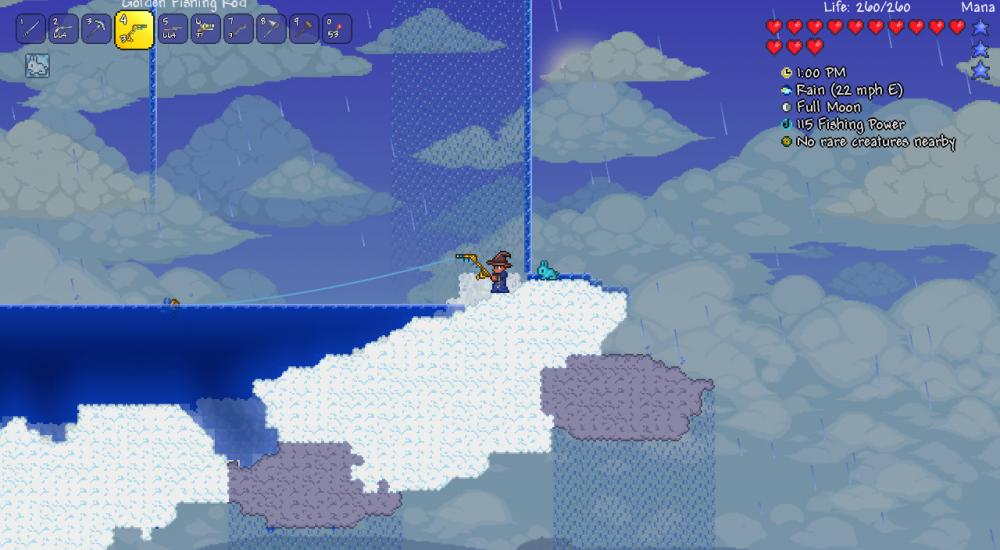 Few games have captured the creative and adventurous hearts of gamers like the crafting and combat heavy Terraria. The title has managed to keep its longevity over the years with a steady stream of updates ever since its initial PC release back in 2011. However, it appears the newest update, “Journey’s End,” will possibly be one of the final (development) chapters in the long running saga that is Terraria.

In a recent tweet (below) from one of the developers, the update will arrive on the PC on May 16th, which also happens to be the game’s 9th anniversary on that platform. The tweet shows a picture that has since been dissected by the internet for any morsel of information as to what this update may bring. While the developers have not released the patch notes for update 1.4, the Official Terraria Wiki has compiled a list of potential changes that may be included in this patch, which are all sourced from various developer social media, Discord community, and forum posts while this update has been in the works. While we won’t dive deep into any of the specifics here, but the Wiki states the update is to bring over 1,000 new items, so we’re all in for a treat. For console players, who earlier this month received the equivalent of the 1.3.5 PC update that was released three years ago, while there’s no word on when you’ll be getting the “Journey’s End” hopefully it won’t be another three year wait!

Terraria: Journey's End will launch on PC May 16, 2020! pic.twitter.com/cf1nGrzrrk

Will you be returning to Terraria, or has your journey ended long ago? Let us know in the comments below.