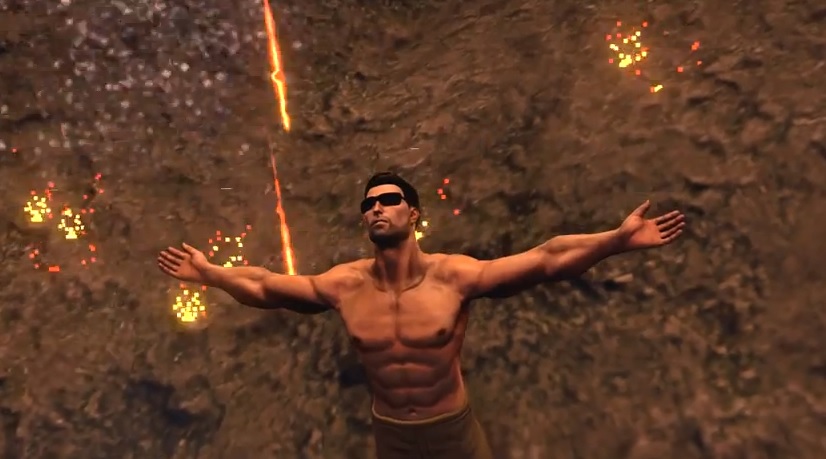 Saints Row IV has a new trailer out, and while it's still looks ri-goddamn-diculous, it's kind of tame when compared to previous videos. This one is going for a more dramatic feel. Well, not really. They just played some dramatic music over insane gameplay footage while re-introducing some new and familiar faces.

The "War for Humanity" spot has got everything you'd expect in a summer blockbuster: space ships, explosions, abs, laser guns, skinny ladies with big boobs, gratuitous dongage, and Keith David. But there's still a stunning lack of nut punches. I mean, there's one pretty good ball buster in there, but this is Saints Row. I was expecting an AFV level of testicular assault. Oh well. I can dream, can't I?

Now you're the President of the United Stats of America. Because why the hell not? Then aliens show up and start wrecking up the place and there's a computer simulated Steelport, or something. The point is, you have super powers. Do you really need to know why? And if that's not cool enough there are also robots and stuff. I think you have sex with them. That part of the trailer was unclear.

Saints Row IV supports two player online co-op. It will launch on the Xbox 360, PlayStation 3, and PC on August 20th.