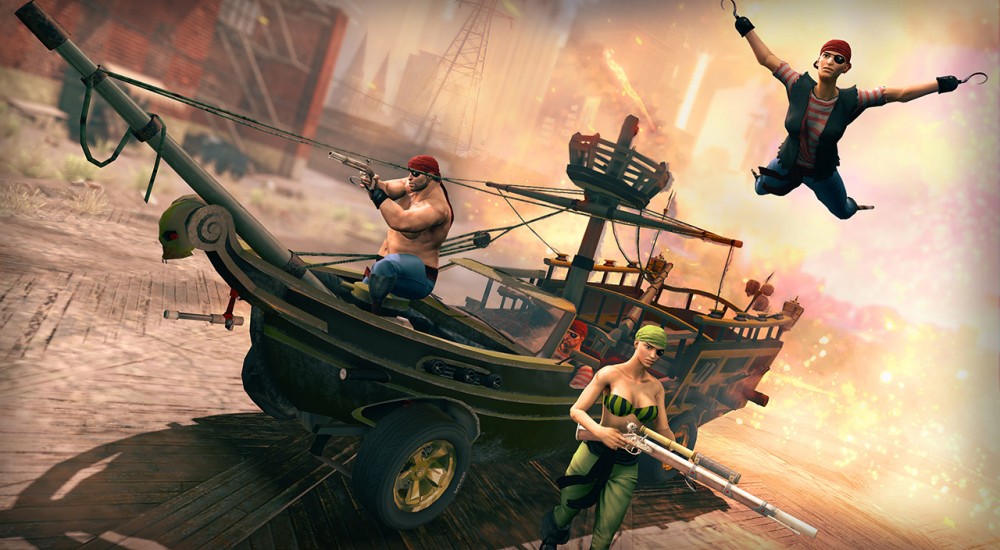 Why settle for a regular old gangster power fantasy when you can add some "super" to your power fantasy. Saints Row IV made it possible for a street-hardened thug to ascend from media mogul to superhuman comic book defender of earth. If you're given the ability to fly, punch aliens into orbit, and shoot fireballs from your hands, you might as well look the part. Grab a buddy and strap on your costumes.

That's where the new DLC for Saints Row comes in. First up: The Pirate's Booty, available now for $2.99. Since swashbuckling is pretty hot right now, why not deck out your crew with eye patches and peg legs? The Pirate's Booty grants you a full range of costumes and gear from the high seas. Replace fully functional limbs with pieces of wood! Toss your gat into a sewer drain and wield a weapon tried in the fires of time: the flintlock. Drive a car that looks like a boat!

Next is the Super Saints Pack. You already have the powers of the entire Justice League combined. Go ahead and throw on some spandex to conceal your identity. You're given a whole cache of Superhero garb to help you fit into your new found powers. Or, you can just recreate your favorite caped hero and soar through the skies.

We get it, guys. Saints Row is just straight up crazy. What started out as a Grand Theft Auto Clone is now a hyper powered open world game with superheroes and pirates. And we wouldn't have it any other way.