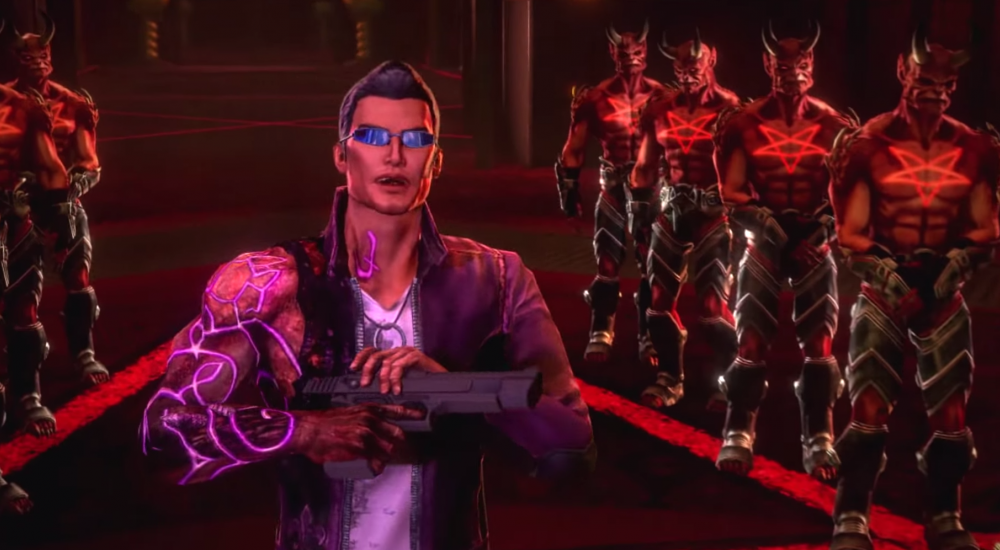 Oh, how far the 3rd Streets Saints have come from the simple days of cracking thugs with pimp canes in the hood of Stilwater. The newest installment, and standalone expansion, Saints Row: Gat Out Of Hell yanks everyone's favorite gang-turned-pop culture icons right out of Steelport and into the slightly rougher territory of Hell. Of course, you and your buddy (controlling either Johnny Gat or Kinzie Kensington) are given some pretty sweet abilities to make your trek through New Hades less agonizing and more mindless, idiotic fun.

Check out the trailer, showing off some of the powers ol' Gat will be enjoying on his trip to the underworld.

You know, New Hades doesn't really look that bad. Sure, there are hostile demons all over the place, and the ambulances are geared towards bludgeoning pedestrians, but it's really a lot less Hell-ish than I would have thought.

Powers aside, the most interesting thing about a Saints Row game is the weapons. The "Exodus 10" covers any of those nasty demons with equally nasty locusts, and the giant demon-shaped hammer that blows baddies to bits with lightning. I'm really curious about all of the weapons based on the Seven Deadly Sins. We see Sloth reppin' hard here with the armchair cannon, but Volition is waiting to reveal the other six.

Is a new setting, additional powers, and a wacky arsenal of weapons enough to get you stoked for a new, standalone $19.99 Saints Row title?