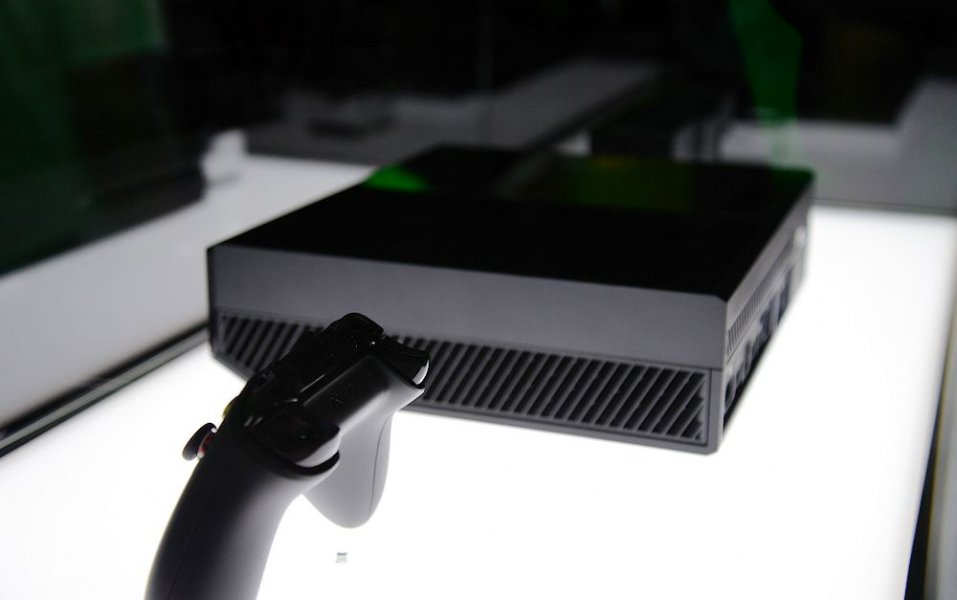 With two new systems on the horizon we've got two new controller designs to check out. While the Xbox 360 controller is currently a favorite of many players, Sony's DualShock design has been around for ages and is still a staple in the industry. Let's see how things have changed.

At first glance the Xbox One controller looks pretty similar to the popular 360 controller design, but it does actually feel a bit different. Overall I'd say it's a slightly smaller design, but a more solid feel. There's better weighting to it making it feel balanced.

I was surprised to see the analog sticks have actually changed quite a bit. While they are "taller" than before, they feel smaller because of a change in where your thumb rests. The disc is about 2/3's the size of the current controllers and it has a gripped texture so your fingers don't slip off. The triggers have a bit more tension to them now as well as a slight curved design making them easier to grip.

The biggest change is the way the controller can do vibration, adding a force feedback like system to the triggers. A hands on demo with the controller showcased things like guns, cars, and helicopters and how the entire controller can better simulate those environments. The most impressive to me was the car simulation which showcased an anti-lock breaking system. You could feel the subtle and quick break pad pressure applied on the tires as the car came to a stop.

Bottom line - the Xbox One controller seems to be an improvement, though the analog sticks might take some getting used to. I was never a big fan of the DualShock 3 - even after they added the vibration function back in. My biggest gripe has always been the controller is too small and the analog sticks are not in a good position for shooters. While the latter complaint hasn't changed, the new Dual Shock 4 for the PlayStation 4 is a bit wider making it feel quite a bit better in your hand.

Weighting wise the Dual Shock 4 is heavier than its predecessors and it just feels solid overall. I always felt the DS3 felt cheap but the 4 alleviates that. The analog sticks on the controller offer a bit more tension which should help with first person shooters and there's a double circle like texture on the top that makes it easy to keep your fingers attached.. The buttons feel almost identical, though the triggers - specifically the L2 and R2 have added a significant catch to it so they don't wrap so much into the controller's curves.

The "Touchpad" is actually a giant button in the middle of the controller. While we saw a few games that used it to navigate a map just by gliding your finger over it, you can also press it in. In most cases this seemed to be a start button replacement.

Finally there's the light bar on the back of the controller which developers can utilize if they wish. For instance we saw TinyBrains use it to add effects to special powers by changing colors according to the player using his ability.

All in all the DualShock 4 is a huge improvement in Sony's previous designs.