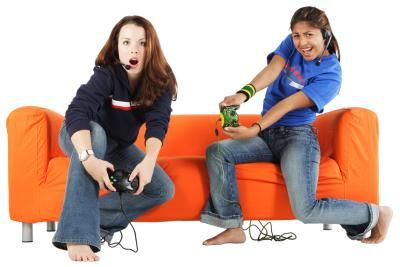 In yet another marketing blunder by Microsoft, they have revealed that they will not be packaging a headset with their next gen Xbox One system. While it seems like a poor decision, Microsoft has publicly stated that they hope that players will turn to the Kinect for their voice chat needs. The mandatory Kinect, while capable of serving as a means of communicating with others over Xbox Live, has obvious negative implications involved with its use. The most egregious offense is that when we go online, we will not only hear people's voices, but we will also hear all of the background noise that goes along with it. The Kinect is also not ideal for gamers who are hearing impaired, or those that have children with sensitive ears. A simple and cheap headset would alleviate the issue, but it seems Microsoft's plans are much more exacting than that.

None of this would be as big of an issue if not for one slightly overlooked problem - we will have to purchase new headsets for our Xbox One. Microsoft plans on going with a proprietary chat system with their next gen console. That means that all our fancy headsets, including those that we have purchased solely for use with the Xbox 360, will be collecting dust with the Xbox One. Of course, it is possible that Microsoft could make some sort of adapter for backwards compatibility, but why would they,considering all they stand to gain without one? We can only hope that a third party will come along and fix that issue. Otherwise, the chats on the Xbox One will either be devoid of players, or full of Kinect users. Either situation is far from ideal.

What does this mean for the cooperative gaming crowd? Ultimately, it is just another barrier to overcome in the process of co-op gaming. Of course, we could use our Kinect devices, but then we run into the issue of hearing everything going on in other people's houses. It just seems so simple for Microsoft to throw in a cheap plastic headset that would only cost them a few dollars to produce. They did so with the Xbox 360, and that was part of the initial appeal of Xbox Live. It was a place where you could just jump in with your mic and coordinate your play with strangers and friends. It is important to note that the Playstation 4 will come with a mic, which will no doubt have you scratching your head wondering why Microsoft isn't doing the same. Of course, anything is fair game in the console wars, as Microsoft recently demonstrated by retracted their DRM and game sharing policies. They may decide to throw in a mic after all.