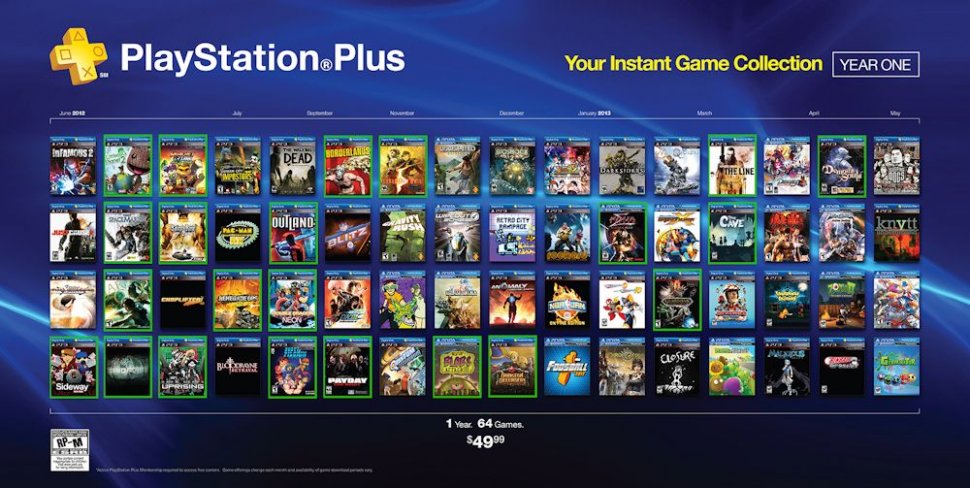 It's hard to believe that PlayStation Plus's instant game collection is over a year old. When Sony announced it's premium service and promised free games, discounts and exclusives - many were doubtful. But 64 free games and thousands of dollars of discounts later, there are a lot of believers.

One interesting piece of data on the 64 free games given out - 21 of them featured co-op gameplay. These aren't just smaller downloadable arcade games, but full featured digital releases. Here are some highlights:

That's quite an impressive lineup of co-op games. There's also a lot of great smaller games like Guardians of Middle-Earth, The Cave, and Renegade Ops. I'll admit I was skeptical at first as to whether or not Sony's plan to add value to a premium service would work - but for just $50 a year you have access to a ton of great games. This seems like a great alternative to something like Gamefly, though you don't quite have the same level of choice.

Do you think you're getting your money's worth for PlayStation Plus?