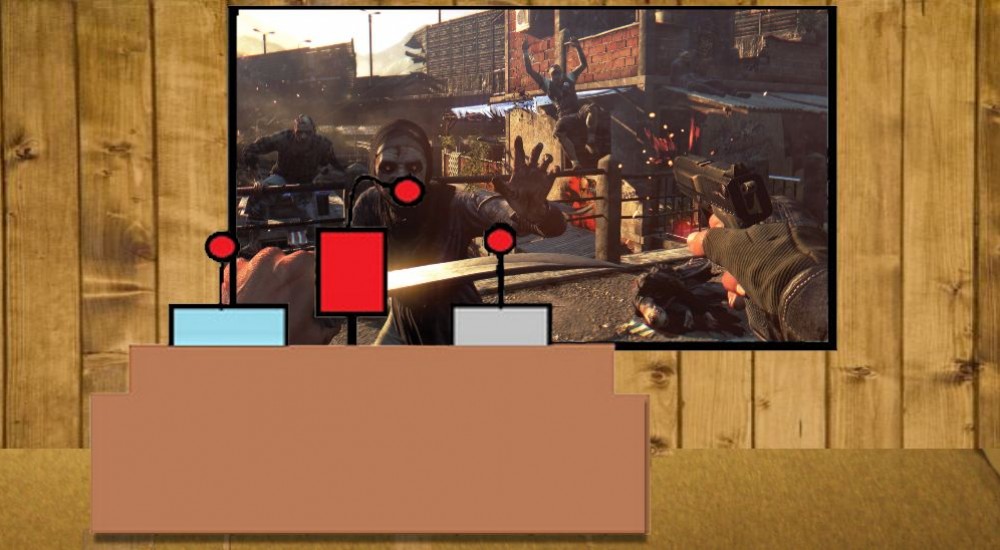 Dying Light looks like a good game to occupy our time. When zombies aren't on the horizon there's plenty of others to fill the void.

Nick Puleo (@NickPuleo) - "I've been playing some Counter-Strike: GO in between development, so I'll probably stick with that. Also Evolve: Hunters Quest on tablets is a nice distraction."

Mike Katsufrakis (@Pheriannath) - "Trying not to get run over by children when I host my daughter's birthday party. I'm also digging Heroes of the Storm and Darkest Dungeon."

Marc Allie (@DjinniMan) - "Metroid Prime and some Diablo 3 here and there. "

Jason Love (@JLove55) - "With news that the "House of Wolves" expansion won't be hitting Destiny until some time Q2 this year, it's time to finally dive into some other games. Probably wrap up my play through of Grim Fandango Remastered and dive back into Persona 4 Golden. Maybe tackle some more Ironclad Tactics on PS4"

Eric Murphy (@smurph_em)-  "I'll be digging into the Battlefield Hardline beta this weekend. If that doesn't keep my interest, it's back to Destiny. I'll also make some time for Super Mario 3D World with the kids."

Sam Tyler (@thereelsamtyler) - "I'm actually getting into online shooters as I can now play in co-op.  All thanks to Plants VS. Zombies: Garden Warfare and Titanfall."

Chris Metz (@The_Lemko) - "Trying to get some games completed before Evolve takes over my life. Grim Fandango and Hyrule Warriors are on my agenda!"

John Bardinelli (@itsamejohn) - "It's the last weekend before Monster Hunter 4U, so I'm polishing off all the games I've been working on, including Metroid Prime 2. Gotta start with a clean slate next weekend!"

Enoch Starnes (@enochstarnes) - "I'll be trying to to figure out the game modes that aren't Conquest in the Battlefield Hardline beta, giving Darkest Dungeons a shot, and exploring every single sidequest in Divinity: Original Sin."

Taylor Killian - " I'll be trying to sneak around some bases in Far Cry 4, hopeful that my stealthy assault isn't ruined by a really, really angry rhino."