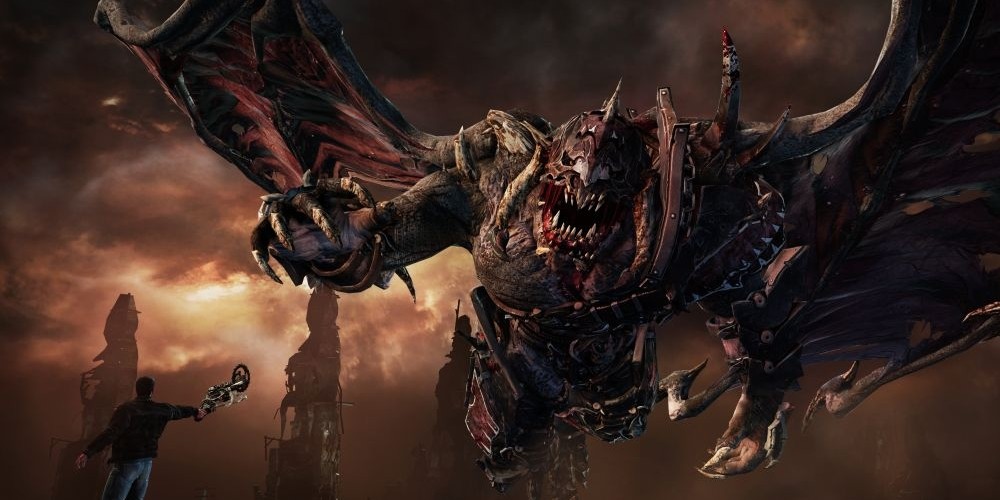 Painkiller: Hell and Damnation may still be over a month away from debuting on consoles, but at least we can start buying DLC now! I know how much you guys appreciate shelling out your hard-earned cash for DLC before a game comes out. In all fairness to Heaven's Hitman, the demonic fantasy shooter was supposed to drop for the 360 and PS3 back in May.

Painkiller: Hell and Damnation originally launched on PC last October, so these three pieces of DLC have been available to mouse and keyboard jockeys for a few months. Each one adds some unique extras and features to the old school, Doom-y, gameplay.

The main game centers on Daniel Garner and his first person ballistic battle against demons, devils, zombies, and other assorted monsters as he tries to free, or rescue, or resurrect, his wife. I'm not really sure. Kill bad guys. Get the girl. What more do you need to know?

Oh, you want details? Fine. Here are all the precious details. “It was horrible. There was this awful stench of demon flesh in the air and this blood-boiled maniac kept supercharging the cut off head of my mate until it exploded, sweeping dozens of others to their death. These images of savagery still haunt me in my dreams…” – Surviving demon of Daniel’s assault on the Old City Side note: If you're a PC gamer you can find all these DLC packs and whole lot more available on sale from Steam for 50% off from now until July 22nd.

Painkilller: Hell and Damnation supports two player online co-op and two player local co-op. It will launch on the Xbox 360 and PlayStation 3 on August 30th.