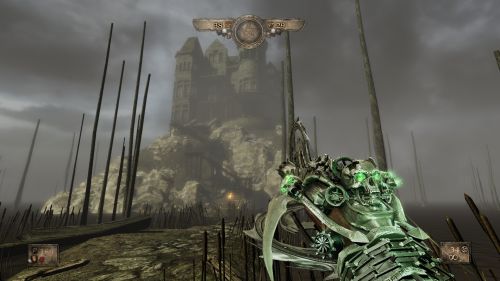 Painkiller: Hell and Damnation is an all new game set in the universe created by the 2004 classic PC title Painkiller.  The game is being developed by Polish Studio, The Farm 51 and is set for release next week on PC and in January on Xbox 360 and PlayStation 3.  It's an old school FPS at heart throwing wave after wave of baddies at you with no where to go for cover.  The original game was famous for the "stake gun" - a weapon that allowed you to impale enemies on large wooden spikes and stick them to various objects - we're happy to report its back.

Here's a 3 minute trailer giving you a sampling of what to expect from the title.

We'll have our full co-op review for you on October 29th, so be sure to check back.