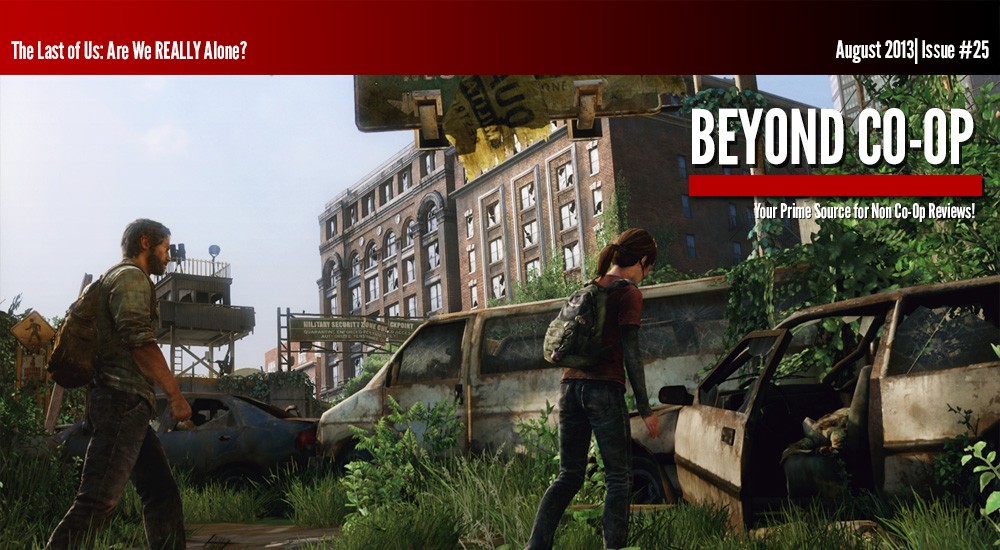 Now that we're on the new site, it's time to post a round-up of our Beyond Co-Op Reviews you might have missed. You can always find a listing of all of our BC reviews on the review page. There's also the latest BC reviews in the lower third of the front page next to our video feature. Here's what we're covering this month in single player and non co-op reviews.

Just click the game name to read the full review.

"It’s rare to find a First Person Shooter that goes beyond the common “run and gun” nowadays, even more so finding one with a solid storyline and added stealth elements thrown in the mix. "

"Speaking of stupid, Far Cry 3 Blood Dragon is good stupid fun. I knew I was in for a treat at the start of the tutorial when it asked me to demonstrate my ability to read. "

"Legendary Heroes feels like a big update to the game which is both a blessing and a curse. On one hand, Fallen Enchantress fans will revel in the additions and balance changes to the game they love."

" You might be stuck on a rooftop and then Silas will say he remembers seeing a ladder. A ladder will literally fall from the sky and allow you to make your escape. This style of storytelling intertwined with the solid gunplay gives Gunslinger a little something extra."

"The Last of Us is an interesting experience. From the sucker punch opening to the elegant conclusion, it’s a fascinating character study of human relationships anchored by some of our most primal wants and needs. So what does that BS mean?"

"Hotline Miami is an incredibly violent game, if heavily pixelated blood strikes you as violent. The top down twin-stick brutalizer features fast gunplay and an almost medieval level of melee violence. Shotguns blow enemies apart, swords cleave torsos in half, and boots smash brains into the pavement. "

"Most of the story centers around the making of the game. I’m not kidding. Part of Deadpool’s schtick is breaking the fourth wall, and the plot of the game loosely revolves around him talking to people form developer High Moon Studios about making his game. "

"Pacific Rim is a very simple fighting game with some customization options hampered by poor controls, lousy visuals, repetitive gameplay, no story, and microtransactions. Yeah, that's right. After I plunked down ten bucks for this stinker they wanted to charge me for extra characters and stages. "

"That is a breakdown of Rogue Legacy’s gameplay, in essence. It’s a lot of fun and a great platformer. It is not, though, what this game is about. The real core of Rogue Legacy is a story about fathers and mothers, sons and daughters, and the things we leave behind. "