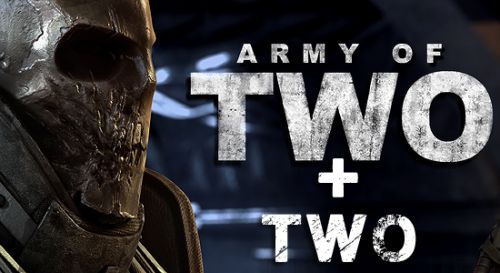 A tweet made earlier this week from Stargate Atlantis star Joe Flanigan has turned the crank on the Army of Four rumor mill once again. His tweet said the following:

"Just signed on to do the new AO4 video game for Electronic Arts. Some splinter from Battlefield. Finally, my kids think I am cool again."

Now we can only speculate what AO4 stands for, but since some information came out earlier this year, things are pointing towards another bro-type shooter with dudes in masks. We will probably hear more come E3 this year, which is not too far away.

Earlier rumors from late last year said that a sequel to Army of Two: The 40th Day was in development at EA Montreal, using the Frostbite 2 engine. Whatever the case, we're clinging on to the hope that it will be the first in  the series to have four player co-op.