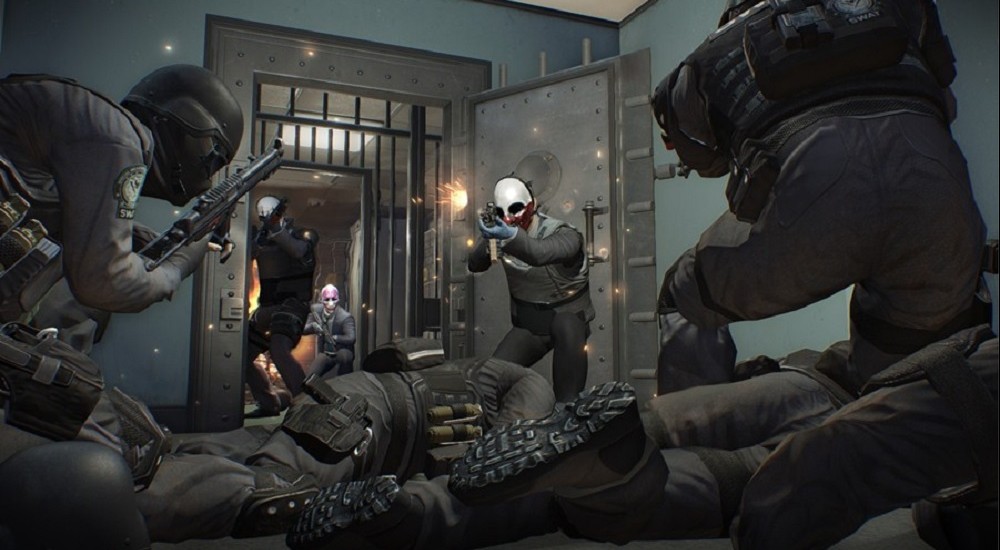 505 Games has been churning out a steady stream of Payday 2 videos. We kind of fell behind in our coverage since we were busy with our awesome Free to Play Co-Op Week. Well no more. Today we're bringing you four new(ish) Payday 2 videos to get you ready for the upcoming launch.

The first video we have is the third entry in the Payday webseries. I haven't watched one of these until now. It's delightfully ridiculous. There's just enough strip club karate to make up for the lack of explosions.

Can someone get FBI Special Agent Jordan Griffin a sweater, or maybe a shirt that fits? No? Okay, then.

The next video is all about loot drops. Yes, we will earn loot drops for completing heists in Payday 2. Game director Andrew Goldfarb gives us a glimpse of the sweet masks and impressive gun modifications we'll be able to randomly unlock through gameplay.

The next video covers skills and character specializations. Payday 2 will features some strong RPG elements with the Mastermind, Technician, Enforcer, and Ghost classes.

The final video covers the Safehouse, your home away from heists. Practice your skills and admire the spoils of your criminal enterprises.

We're really excited for Payday 2, which is why it earned our Game of Show award at E3. It supports four player online co-op. If you pre-order the Career Criminal edition on Steam you can play the game yourself in the beta event going on right now. The full game will launch on August 13th on the Xbox 360 and PlayStation 3, and on August 27th on the PC.