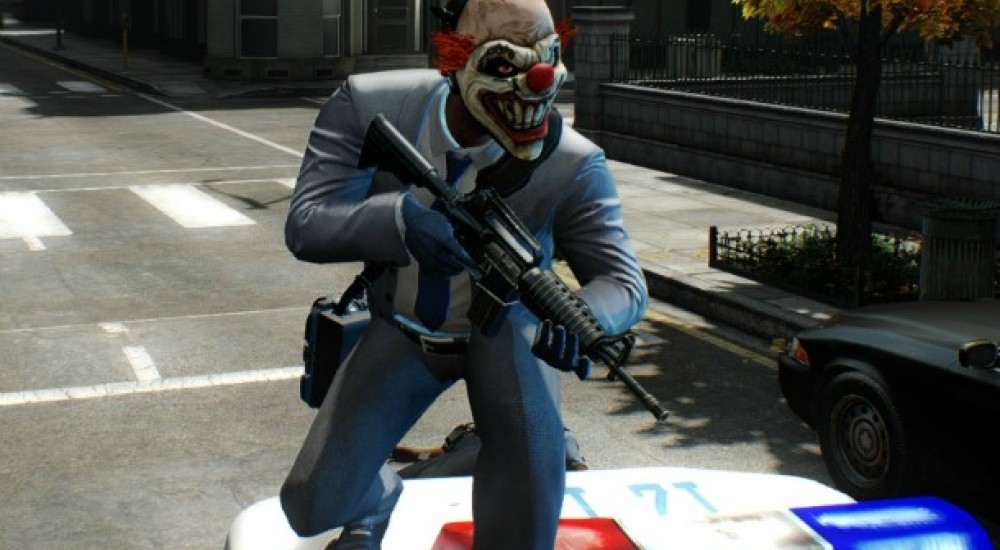 I'll bet DC's Finest, at least in the world of Payday 2, really fear the 1973 musical number "Send in the Clowns," since they tend to get mowed down in truckloads whenever clowns show up. And who better to revel in the slaughter of law enforcement than the craziest, most on-fire clown of them all, Sweet Tooth? Stephen King's It has nothing on this painted mass-murderer. He drives around in an icecream truck which, instead of doling out sweets, dispenses rocket propelled grenades.

This DLC offers a detailed Sweet Tooth mask for your posse to don, completely free of charge. Since Twisted Metal is a Sony franchise, it's only available on the PS3. The mask looks pretty great, though it is missing Sweet Tooth's perpetually burning "hair." And wouldn't it be awesome if your getaway van transformed into the iconic icecream truck? Then instead of using a meager terrestrial vehicle to roll on down, your thieves could morph that thing into an unstoppable mech and bring destruction to America's Capital! If you own Payday 2 on the Playstation platform there is no harm in picking this thing up. Sure, it's a bit of fanservice, but it looks real freaky and you don't pay a dime for it. Of course, you will have to fight your buddies for the right to wear it, and I'd REALLY hate to see how the Payday 2 crew settles arguments. It probably involves C4.