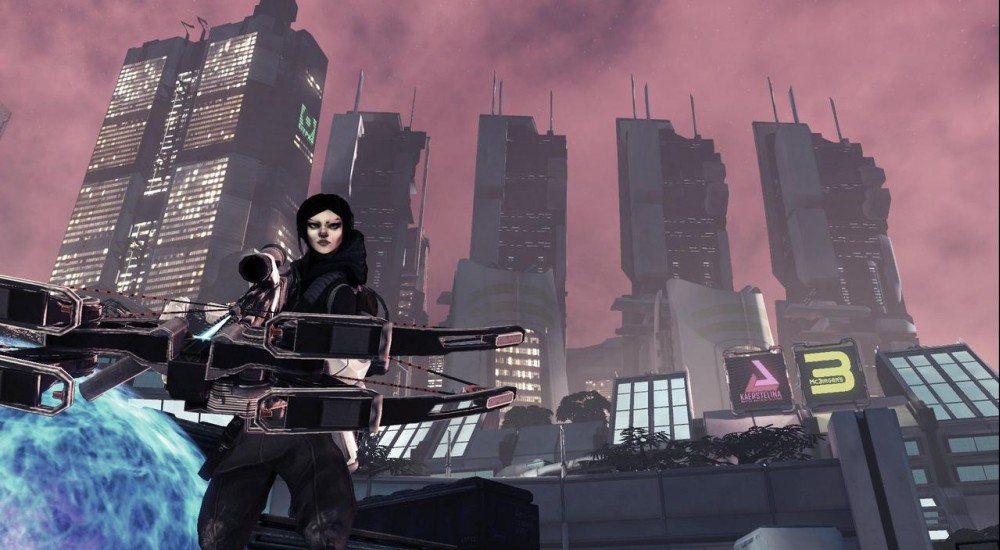 A few weeks after PC owners of Sanctum 2 got their hands on the first piece of DLC, Coffee Stain Studios has confirmed Road to Elysion will hit XBLA. Eventually.

It's only been a few months since its release, but the tower defense first person shooter hybrid Sanctum 2 is still going strong. The new DLC Road to Elysion brings a handful of new maps, weapons, towers, and enemies to the mix, with three other DLC releases planned for the future. PC owners have had access for a few weeks now, but due to complications with Microsoft's submission process the XBLA release has been delayed until the end of the year. Sadness.

On the bright side, though, when Road to Elysion does hit XBLA, it will be bundled with DLC #2! Coffee Stain is doing this to minimize the cost associated with releasing products on XBLA. If sales are strong, DLCs 3 and 4 will hit XBLA in a similar fashion. Currently PC owners can buy a season pass offering a 25% discount on all four DLCs or purchase them individually as they're released.