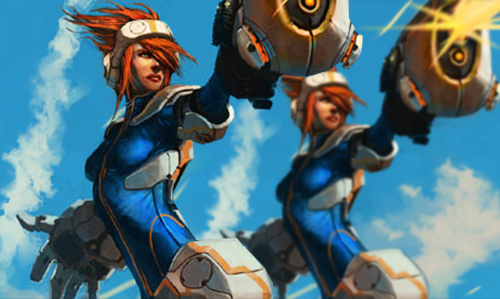 The tower defense genre is a crowded one, but variations on that theme can hit with great success, such as Co-Optimus favorite Dungeon Defenders, Orcs Must Die, and last year's FPS twist on the genre, Sanctum.

The original game was a strictly PC affair, but through word-of-mouth (and a few Steam Sales), sold a solid 300,000 units. This time around Coffee Satin Studios intends to bring its brand of co-op defense to both XBLA and PSN as well.

"Sanctum has been a huge success on Steam for Coffee Stain Studios, and bringing the next version to console players as well as the PC market is a great next step to share this unique experience," said Ted Lange, executive producer for Reverb Publishing. "We all have logged quite a few hours with Sanctum and can definitively say that what Coffee Stain has in store for Sanctum 2 will blow the minds of Sanctum fans and new gamers alike."

While that's not much to go on, we're going to go ahead and assume that the 4-player co-op from the original will be surviving the transition to consoles. Sanctum 2 should release sometime in 2013, so if you buy into that Mayan Calendar nonsense, please look forward to it.