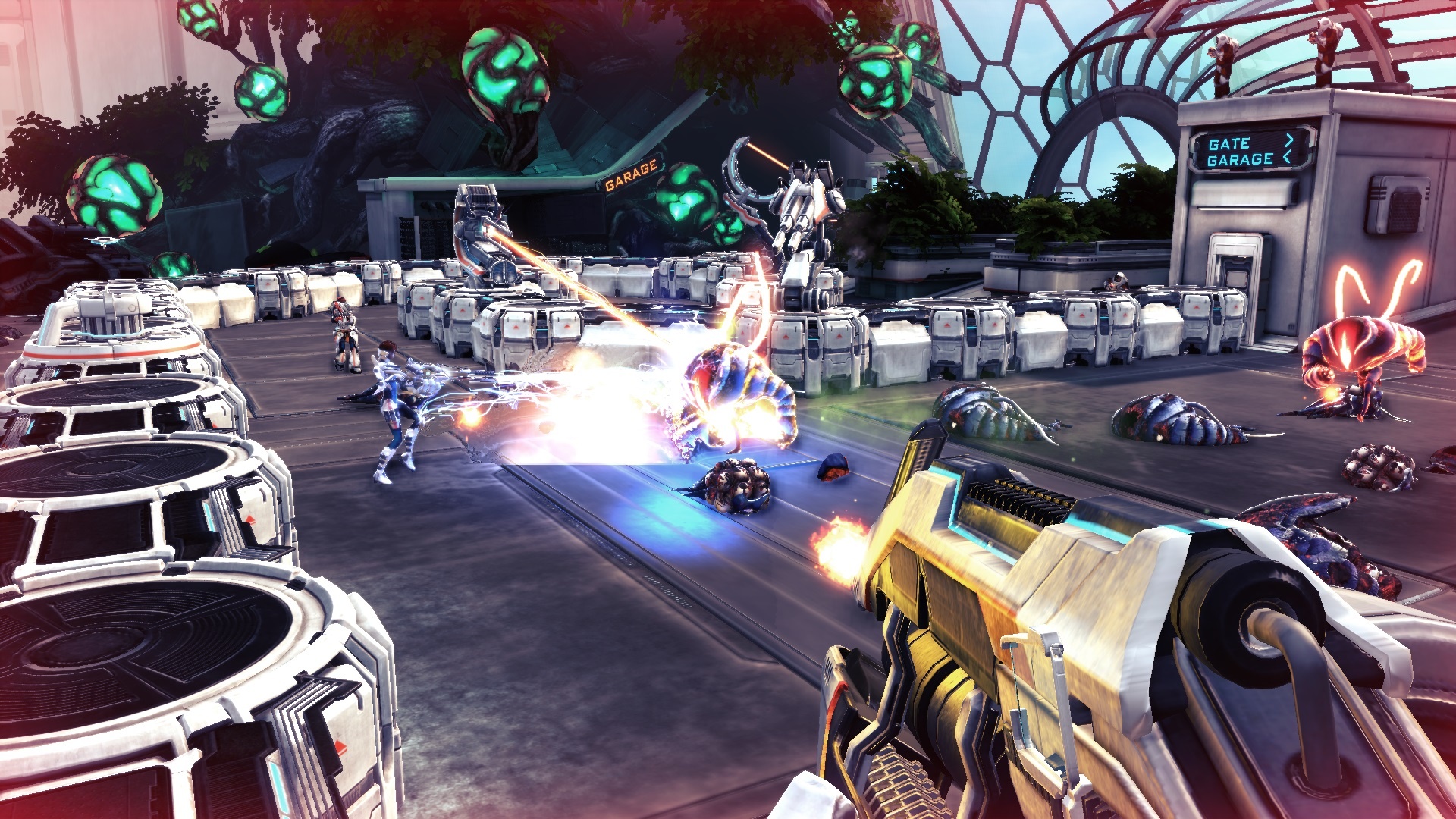 Sanctum 2, the sequel to the two-year-old tower defense/FPS crossover Sanctum, now has a release date. In just a week's time (May 15th), Sanctum 2 will be storming onto XBLA and PC for your alien-killing, laser-firing, core-defending pleasure. It should be released on PSN shortly thereafter, but the exact date is currently unspecified.

Sanctum was a surprisingly hit with PC gamers, and an enormously well-selling indie title. Here, we gave it a well-deserved 4 out of 5. Last I heard (and this was awhile back) it had sold over 300,000 copies of the game across PC and Mac over Steam. The game was quite well supported with both free and paid DLC, adding maps, weapons, and upping the original 2-player co-op to 4-player co-op. We can likely expect some similarly awesome things from Sanctum 2.