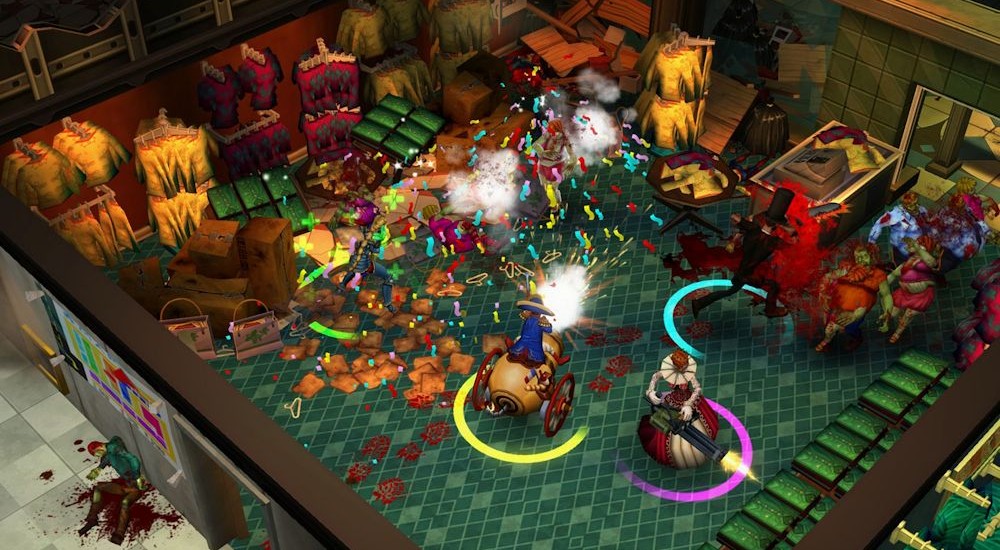 What would happen if Abraham Lincoln, Napoleon Bonaparte, and Joan of Arc teamed up to fight a zombie invasion? Could they put aside their nationalistic differences for the common good and rise up again as heroes? That's the question Second Chance Heroes, an indie co-op PC game from Rocket City Studios, is hoping to answer.

Second Chance Heroes is a four player co-op action adventure game that reminds me a bit of Dungeonland in its execution, complete with over the top humor, comical gore, and colorful levels. Dungeonland limited you to three characters though, while Second Chance Heroes has a lot more to choose from. Eight of the twelve historical heroes have been revealed so far. Here's who is on tab:

Each character has a primary and secondary ability. And while some are "historically accurate" with their weapon of choice - Joan of Arc uses a sword for instance - others, like Abe Lincoln aren't. He wields a chainsaw.  Characters are upgradeable with gold collected while playing the game's 24 levels.

Second Chance Heroes is currently in a closed beta phase on PC and Mac with a release date set for sometime this year. You can vote for it on Steam Greenlight. When the game launches it'll feature four player local or four player online co-op. No price has been set.