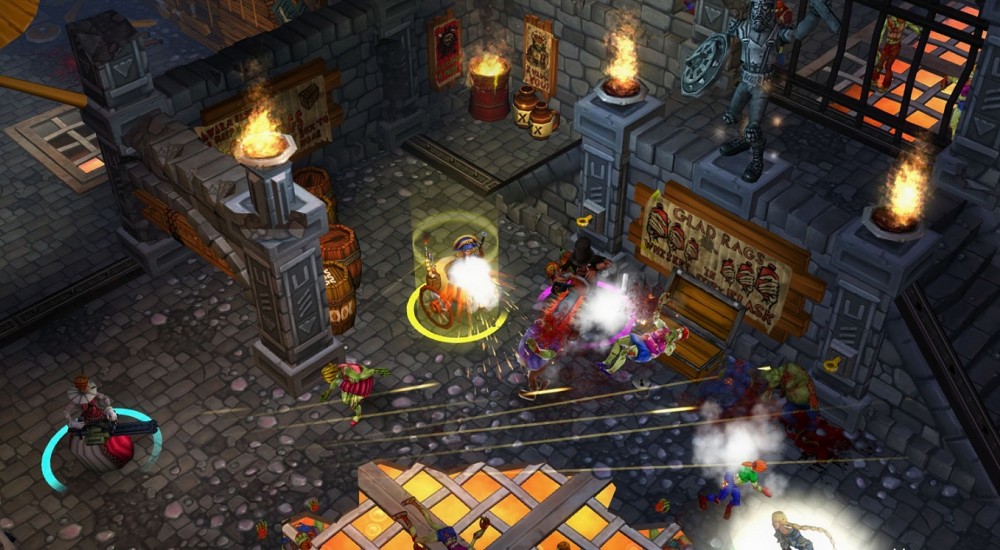 In the US of A, we are celebrating our independence in the only way we know how - by consuming massive quantities of processed meat in tube packages that are then grilled, and then detonating colorful explosives. Today also marks the release of Second Chance Heroes, so kicking zombie butt while playing as Abraham Lincoln and with a bunch of friends is also a good way to celebrate.

It's been sometime since we've heard from the team over at Rocket City Studios about their first title, Second Chance Heroes. Part hack-n-slash RPG and part Gauntlet-style action, the game feature historical figures, like Nikola Tesla, Leonardo DaVinci, and more, fighting their way through the zombie menace that has overtaken the world.

Back in March, the game was still seeking its way onto Steam through the Greenlight program, and in the meantime, we got a release of the game on the iPhone/iPad. Well the fight through all of that is finally over as Second Chance Heroes will see its Steam debut today.

The game will be available for sale around noon today. Just in time for the weekend!