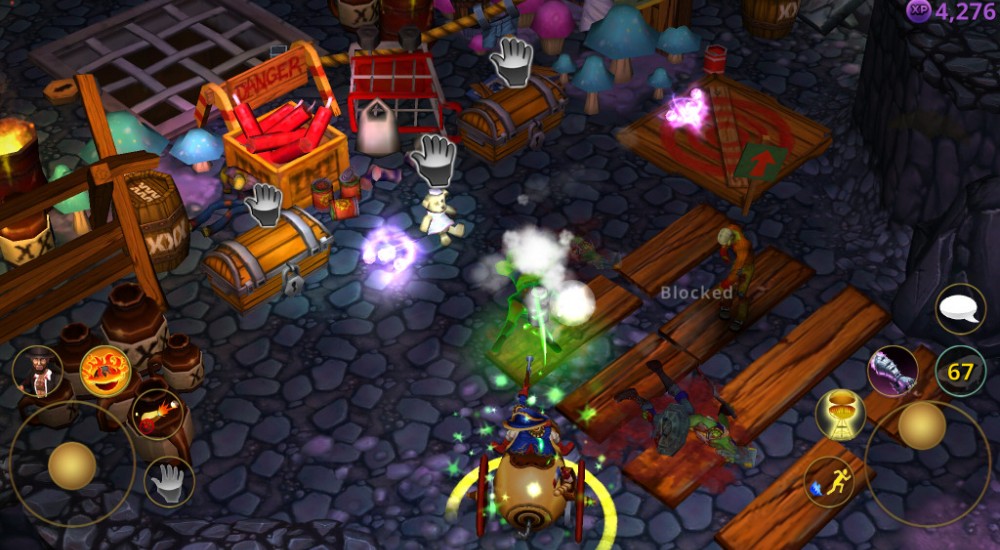 You may recall us featuring an upcoming action-RPG style game a few months back called Second Chance Heroes. The game was looking for a PC audience and release through Steam's Greenlight program, which it still is. In the meantime, though, the development team at Rocket City Studios has decided to give the game a new home on iOS devices. Same great historical figure kicking zombie butt action, now in the palm of your hand.

The game still features cooperative online play that runs through the entire campaign, however, co-op is now limited to online only and only up to three players (PC version allowed for local co-op or online up to 4). The game also features in-app purchases for the game's currency, which is used to buy additional relics, powers, and new characters. However, those purchases are optional as completion of levels will earn you the gold as well.

Not all hope is lost for the PC version of the game and, in fact, Rocket City Studios is working on making a PS4 version as well. When asked about the shift to the iOS platform, Dana Massey, lead game designer, had this to say:

We designed Second Chance Heroes with multiple platforms in mind. On iOS we push the limits of what iPhones and iPads can handle and so that felt like a great place to get our start. The Steam Greenlight process has taken a lot longer than we had hoped and that delayed things on PC and Mac. We'll launch there just as soon as we're approved. Playstation 4 is going very well and we're very excited to share that with everyone later this year.

Dana went on to say that the business model used for iOS, i.e., the in-app purchases, is "not necessarily the plan on the PC, Mac, or PS4."

So check out the game on the App Store today and use those thumbs to fell the zombie hoards.