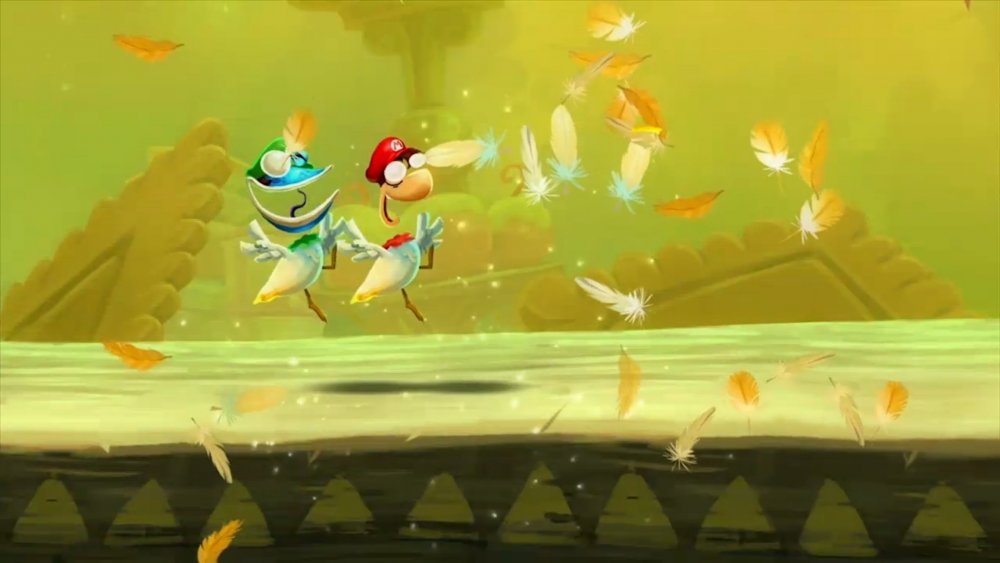 Many Nintendo fans may have been waiting quite a while for Rayman Legends on the Wii U, but Ubisoft development team has continued to their support their title despite the setbacks. That being said, there will be a special cameo of both Mario and Luigi in the form of costumes for players to unlock in-game.

Coinciding with Nintendo’s 2013 “Year of Luigi” promotion, both Mario and Luigi get-ups will be available to players who choose to buy the Wii U version of the game. Once you rank in least 20 minutes of gameplay, the game will automatically unlock the costumes for Rayman and Globox (Rayman=Mario & Globox=Luigi). The game almost looks like a more cartoonish and chaotic version of New Super Mario Bros. U with these! Take a look at the duo in action:

This is nice little touch Ubisoft added to the game, as they had lots of time to include additional content to the Wii U version after their unexpected postponement this past February. The costumes are separate from the others that are available when you preorder the game. The Wii U and PS3 versions will include some Assassin’s Creed costumes for either Rayman or Barbara, while the Xbox 360 version will include a Splinter Cell costume instead. Additionally, Ubisoft announced that players will also be able to unlock previous stages from Rayman Legends’ predecessor, Origins. Rayman Legends releases this coming September 3rd and sports a 5-player co-op mode on Wii U.