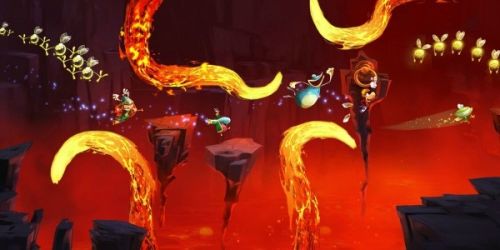 The bitter taste of disappointment; this is what greeted Wii U fans when they heard the news that Rayman Legends was being delayed on their console so that a port could be made for the 360 and PS3.  Well take that sour flavor out of your mouth and listen to this for something sweet; the Rayman Legends 5 player co-op Online Challenge Mode will be released free on Wii U from April.

Ubisoft Montreal have released the below video explaining exactly what the challenge mode is, but in a nutshell it is a series of one day and weekly challenges that the Rayman Legends community can tackle.  You can go in solo, or with up to 5 players, to get the best score.  This score will then adorn the online leader boards.

Is this enough to appease displeased peaceful Wii U fans?  It should go a long way as early access to the mode is Wii U exclusive and completely free from early April via the market place.  Check out the video below for more information: