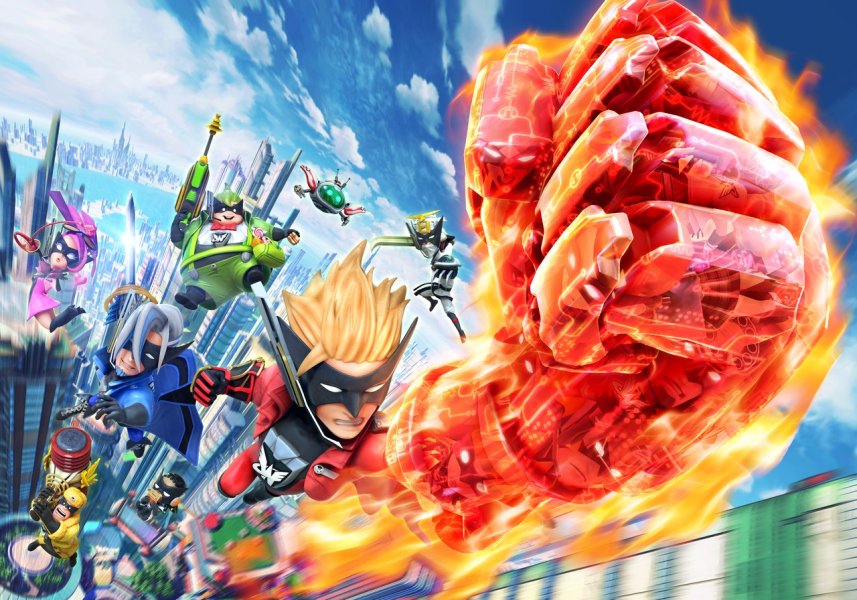 Nintendo recently announced a new IP by the name of The Wonderful 101, looking to return us to the days of multi-colored super hero teams who defeat enormous enemies trashing cities. Best of all, a large number of local players can join in all at the same time!

The Wonderful 101 is clearly a Japanese style game. Having a mixture of different series elements within it, one can easily see the Power Rangers here, but also the Green Lantern-like superpowers that the heroes possess. Depending on which “Wonderful One” character you play as, each one possesses a unique transformation to materialize a giant weapon out of thin air, such as a sword, shield, gun, etc. These are used to combat the various monsters and enemies invading Blossom City and destroy them. A quick video will demonstrate what we mean:

Again, this sounds much like Power Rangers, but with no giant, combining Zords to face them. Citizens can also be recruited to increase the strength of these weapons and follow you around to move/interact with objects, much like Pikmin do. The game will feature:

Additionally, the game can be played by oneself on the GamePad, but four others can join in through Wii U Pro controllers for a 5-player co-op experience. Players can unite their “morphs” to unleash super attacks and dish out the hurt.

The Wonderful 101 will be arriving on September 15th on the Wii U only.