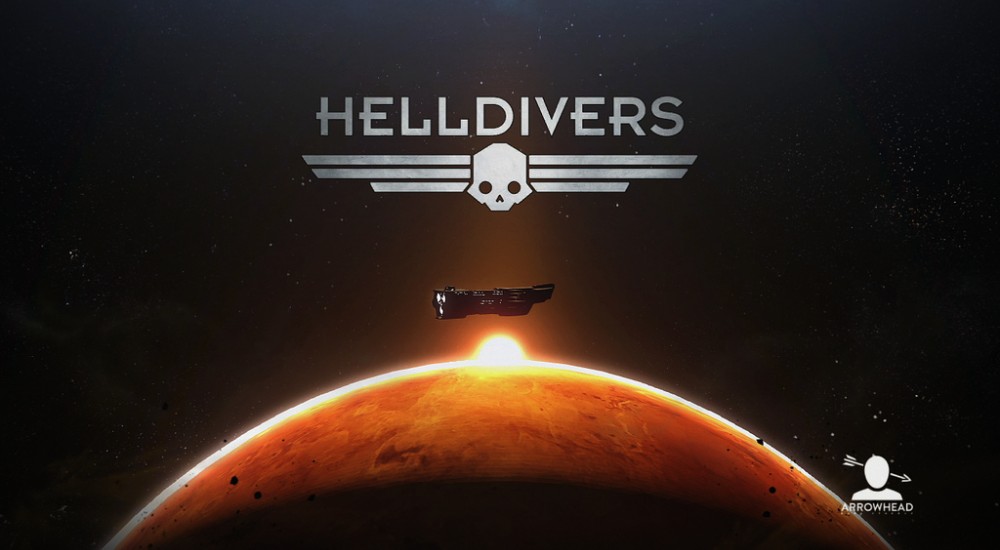 The makers of Magicka have some more tricks up their sleeves. Arrowhead Game Studios have set their sites on an distant future, one full of elite space soldiers, vicious aliens, and accidental discharges.

Helldivers is a twin-stick shooter which takes place in a dystopian future. I know what you're thinking. For the love of everything holy, can we get off the dystopian future thing! I swear if I play through one more angsty, gritty, post-apocalyptic world I'll... well I'll probably shut up and just keep playing because that seems to be the default setting for many games these days. Arrowhead brings a sharp wit to their stories, and this particular dystopia should be steeped in satire, which might be enough to make me not want to kill myself by the time the credits roll.

The short teaser trailer doesn't feature much in the way of gameplay but it looks promising.

Honestly, I think it looks like a hell of a lot of fun. While the video doesn't show many details we can draw some conclusions (or wildly speculate) on some of the game's features. Like Magicka, friendly fire is in play, which means team kills are going to happen, and happen often. Given that the game is a top-down twin-stick shooter I have a feeling some people will be wandering into the line of fire and fellow players won't give two hot damns as they gleefully shoot through their co-op partners.

In the gallery below you'll find enticing screen caps of some sweet Helldiver-on--crustacean action. You'll also see the armory and be able to peep some of the available Stratagems. These game changers appear to be implemented through a combination of directional button presses, similar to the screen-clearing spells in Magicka. Will you call in a medical drop or an artillery strike? Better be sure you know your combos. Helldivers is confirmed to have four player co-op. It will be available on the PlayStation 3, PlayStation 4, and PlayStation Vita some time next year. It also features Cross-Play and Cross-Save between the PS4, PS3, and Vita, a feature I'm really beginning to love. We're still trying to pin down the exact details on the whole local/online/combo co-op support, but it's looking good for all three.