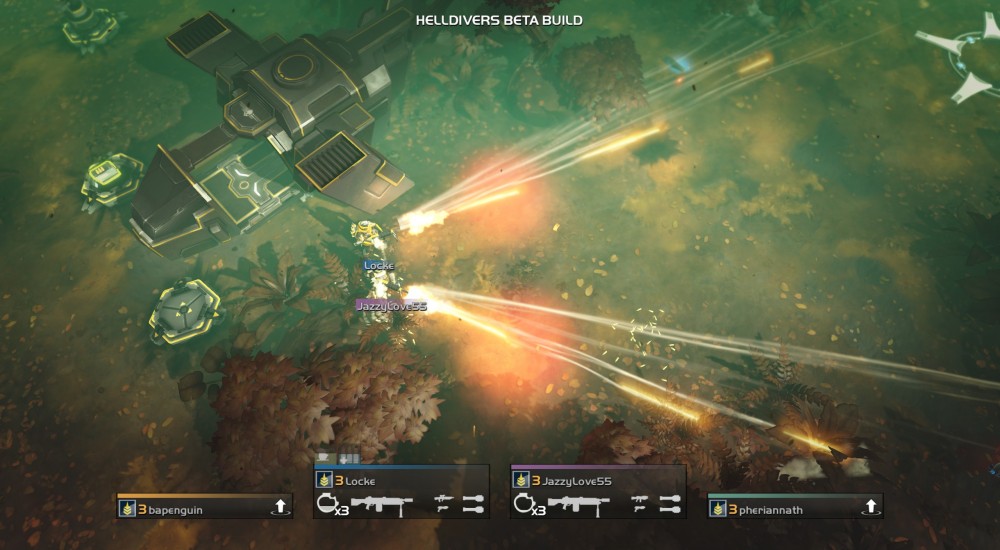 It's been some time, but when we reviewed the PS4 version of Helldivers we rather enjoyed what it had to offer. It carefully blended a lot of things we loved from classic arcade style twin-stick shooters with some new gameplay features like a global meta-game and tons of character customization. Now months later Arrowhead Games is releasing Helldivers on Steam, and last night we checked out the beta.

Our stream takes us through the first half a dozen missions or so, which gives you a pretty good idea of the progression system, mission variety, and the co-op nature of this shooter. It should also give you an idea of just how fun this game is. The four player co-op game should be out sometime next month.