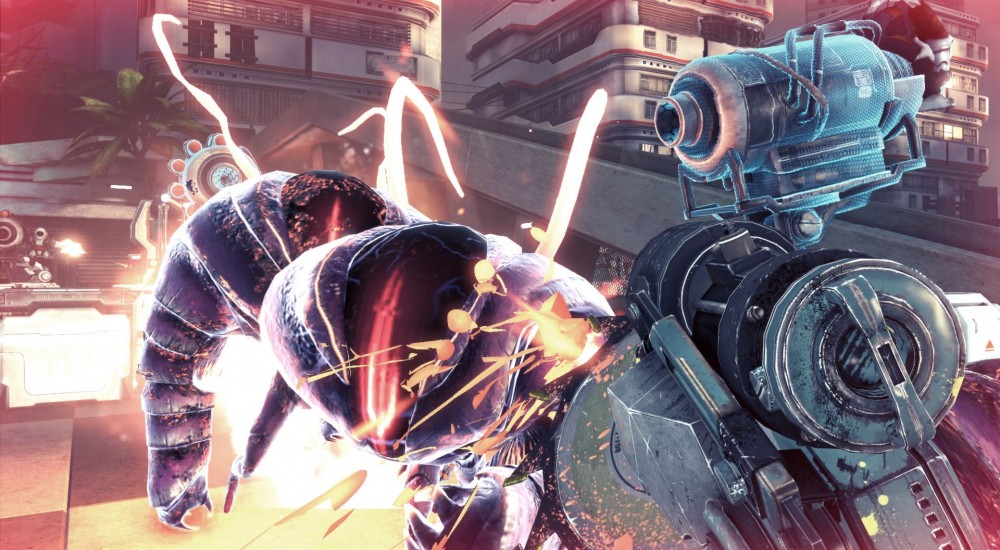 Ruins of Brightholme sounds like something you'd stumble across in a Sherlock novel. Maybe it's infested with mutant hounds or something? As a piece of Sanctum 2 DLC, though, it's all about improvised weapons and slummin' it in, well, in the slums.

The Ruins of Brightholme DLC contains a lot of new content. We put "lot" in italics so you know we mean it. It takes place in The Slums of Brightholme where the inhabitants have learned to make do with weapons and tools provided by the world around them to fight off attacking aliens. You'll do the same, picking up things like a Nail Gun and Circle Saw to really get in there to do some damage. It's a lot more visceral than standing on a platform halfway across the map and sniping an alien in its big bright weak spot.

In addition to the new weapons, Ruins of Brightholme features four big maps with loads of interactive elements. You can do things like trigger explosive traps to damage incoming foes, and rising toxic liquid presents both a challenge and a blessing as you figure out how to work around its presence.

The Sanctum 2: Ruins of Brightholme DLC is currently available for PC via steam for $4.99. The expansion is also included in the season pass.