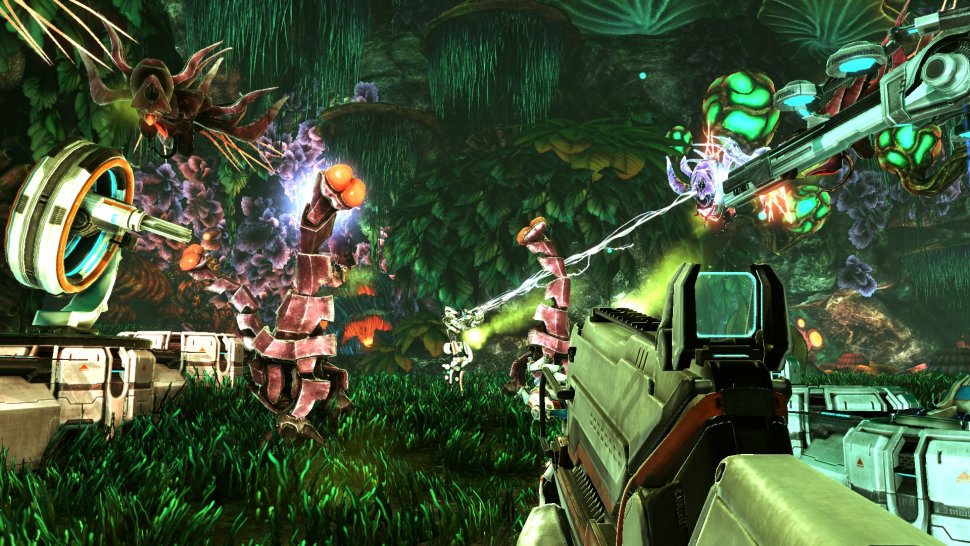 Sanctum 2 was unleashed to the world last week, and our co-op review spills the details from beginning to end. It wasn't quite the experience we were expecting to follow the original Sanctum, as the sequel focuses on action and combat, leaving out a lot of the finer bits of strategy. We also weren't too keen on the "one player gets the resources" element of co-op mode, which often turned great rounds of team-based alien fighting into "NO FAIR MY TURN".

Good thing developer Coffee Stain Studios is filled with awesome people. Less than a week after launch the team rolled out an update that addressed some of the biggest issues reported by fans. At the top of the list was resource sharing in co-op mode. The update made it so everyone on the team can pick up resources and build. No more fighting or bartering or awkward waiting, just a whole lot of tower building followed by alien shooting.

The resource rebalance alone was cause for us to edit our Sanctum 2 review and update the scores. Some other highlights from the patch include:

Sanctum 2 is currently available for PC and Xbox Live Arcade. The PSN version is forthcoming.