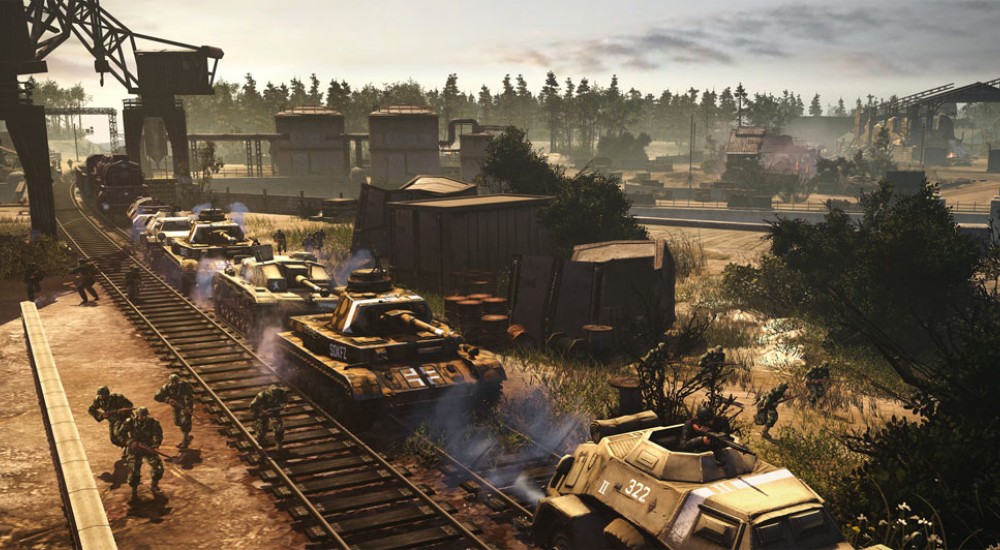 The first Theater of War content update (entitled the Case Blue Mini-Pack) launched today for Company of Heroes 2. Some players will be able to receive it for free (those who had eligible pre-orders or own the collector's edition) while other players will have to purchase it for $9.99 on Steam.

Fortunately for CoH2 fans, however, the DLC seems to pack quite a content punch. In addition to a single-player battle based on the Case Blue German campaign, the pack also contains two new solo challenges, two AI battles, and a brand new co-op scenario entitled Assault on Voronezh. A free map update was also applied today to CoH2, which introduces two new multiplayer maps (Rostov and Kharkov).

CoH2 supports 2-player online or LAN co-op on the PC. We gave it a strong 4 out of 5 in our Co-Op Review.