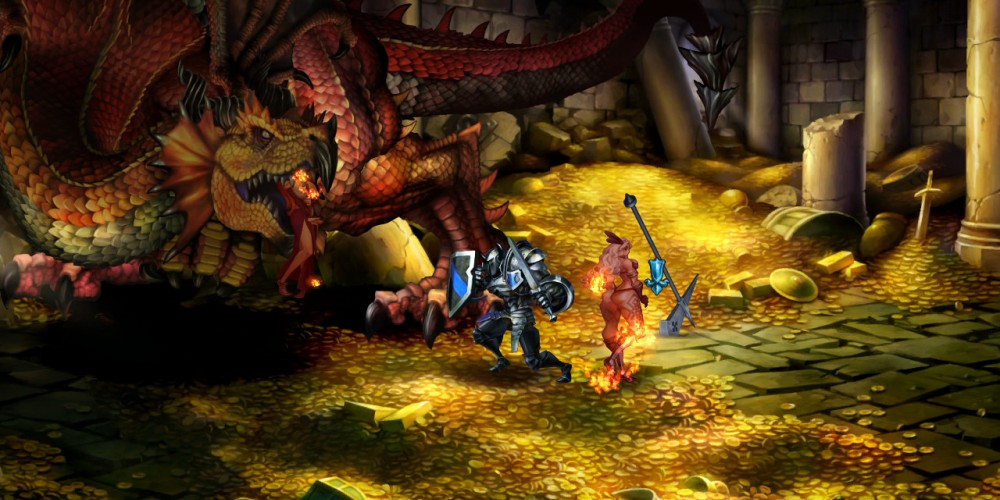 We loved Dragon's Crown when it launched earlier this year despite some quirky design decisions. Thankfully Atlus seems to be committed to tweaking and enhancing the PlayStation 3 and PlayStation Vita game post launch. Version 1.02 has just been released offering over a dozen fixes, enhancements, and goodies.

The biggest feature is the ability to join random co-op games in the Labyrinth of Chaos dungeon. This randomly generated dungeon with nine floors offers players access to unique loot, so the addition of finding random co-op partners is much welcomed. The other welcomed fix is a better handling of network disconnects, ensuring players don't lose as much progress as before.

The full patch notes are listed below. Simply fire up your copy of Dragon's Crown to apply it.