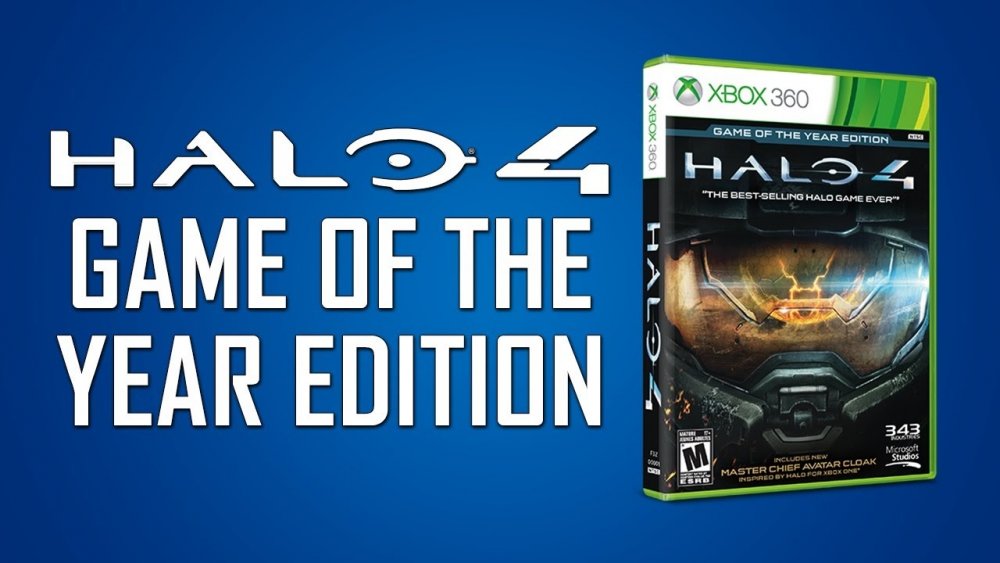 ​With Halo 3 becoming free for Gold Members soon, why would you want to fork out for Halo 4?  Maybe because the new Game of the Year Version is out on 8th October.  As well as having the original game, this version also get more maps, more Spartan Ops, more avatar gumpf and the all new Champions Bundle.

Halo 4 remains one of the best co-op games for 360 owners, earning 4.5 out of 5 in our Co-Optimus review.  2 players can play locally, or 4 players online, throughout the campaign and the various Spartan Ops that are on offer.  Season 1 of Spartan Ops is part of the GotY edition as well as:

Over 15 items from the Halo 4 campaign include in-game and avatar marketplace content, and two Xbox Live themes. Plus, the Master Chief Avatar Cloak inspired by Halo for Xbox One.

That's a fair few maps and skins to keep you going for $40.  Still not convinced?  How about a trailer that shows you all the flashy extras in motion: