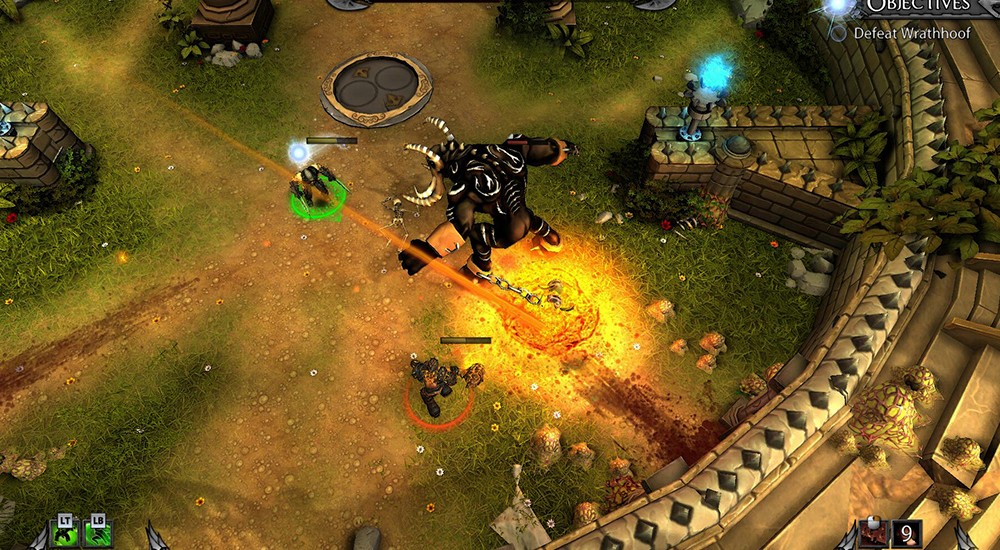 You may recall from some time back news of a co-op game in development featuring arena-style combat and RPG elements called FORCED. It has been some time since we've heard from the Denmark-based developer, Beta Dwarf, on how the game's been progressing, but apparently it's going quite well as the game now has an official release date of October 24th! But wait, there's more.

If the 24th seems too far off, then you can get in on the game's Early Access through Steam now for the game's humble price of $11.99.

As a quick refresher of what FORCED is all about, you and your friends are slaves forced to combat in gladiator games for the amusement of others and hopefully win your freedom. As you progress in the games, you will gain experience that can be funneled into leveling up different abilities aligned with the four different weapon types: spirit blades, volcanic hammer, frost shield, and storm bow. Each has its own play style and brings its own strengths (and weaknesses) to the group. Speaking of the group, in addition to your fellow players, you're also joined by Balthus, the Spirit Mentor, who has some special powers to assist you all in your battles.

Leading up to FORCED's release in a few weeks, the team and Co-Optimus have a couple other surprises, so be sure to stay tuned.