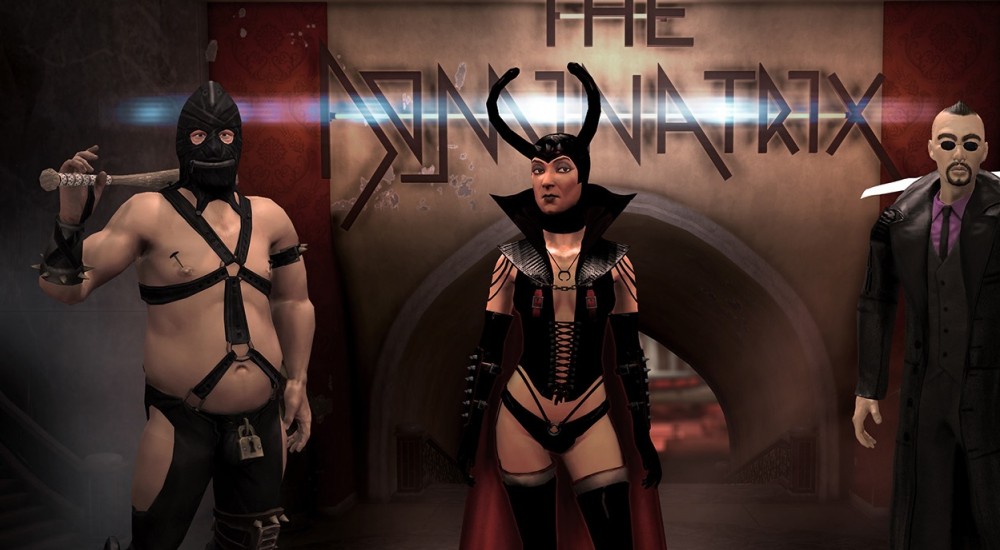 Deep Silver is almost ready for you to unleash your inner gimp. The first premium DLC for Saints Row IV, Enter the Dominatrix drops on October 22 in the US, and October 23 in the UK. All of the whacky super-powered fun of Saints Row IV that you loved so much now comes in S&M flavor for the low, low price of $7. You and a friend can once more take charge of the "Boss(es)" of the Saints, using your virtual powers to wreck both vehicles and people around town. Would you spend a meager $7 to fly around the city of Steelport in bondage gear and bludgeon prostitutes to death with "The Penetrator"? I'm eager to see if this first DLC to Saints Row IV lives up to its already perplexing legacy.