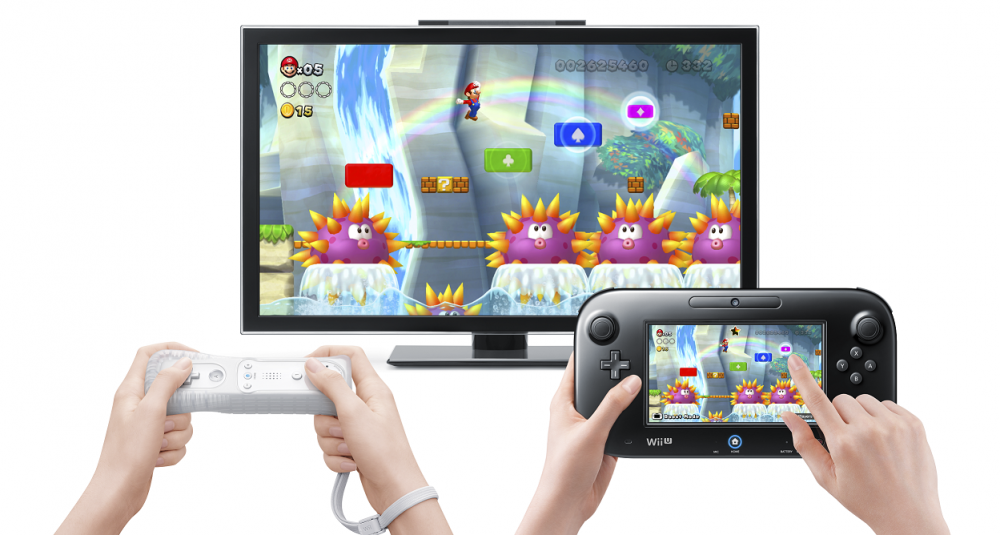 Nintendo has recently altered their latest Wii U bundle to accommodate both newbies to the system and lovers of the brand themselves. New Super Mario Bros. U will now be included in place of the original title, Nintendo Land.

I’d think most would agree that, despite the advertisement for the game, Nintendo Land simply didn’t draw people into purchasing the Wii U as much as Wii Sports did for the Wii. Nintendo seems to be realizing this, replacing Nintendo Land as the bundled Wii U game with a combination of both New Super Mario Bros. U and its expansion, New Super Luigi U! These two games, provided on a single disc (no downloading necessary) will be included along with the newly Mario themed Wii U Deluxe bundle to arrive on November 1st for $299. Those that still want to try out Nintendo Land for themselves, however, can purchase the game separately for $30. Also, the Legend of Zelda Wind Waker Wii U Bundle is still available if desired, which comes with digital downloads of both the game and the 25th Zelda Anniversary Hyrule Historia book. I think this was a very wise choice for Nintendo to make, as both Mario and his brother Luigi are two of the most recognizable video game characters in history. New Super Mario Bros. U is, also, the overall better co-op game to draw people into buying a new Wii U this holiday season.