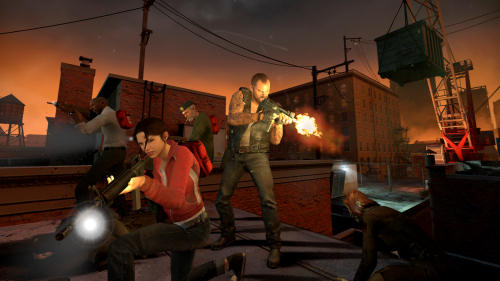 So while the 360 version of Left 4 Dead was patched last week, our PC brethren were left for dead so to speak.  Thankfully there is a savior, and his name is Blackgaze.  Blackgaze is a user on the Valve forums, and he received an email response from Left 4 Dead writer Chet Faliszek.

"Sadly Microsoft has nothing to do with the pc patch... that delay is all us. The PC and 360 will be patched independently not sure where people picked up that exploit/bug fixing was tied together. Only the DLC will be simultaneous. The problem on the PC side was a few large bugs affected other systems that we were going to rewrite on the pc so we ended up waiting to fix a whole class of bugs instead of just individual bugs. The patch should be out this week.

So there you have it.  That post was from yesterday so PC owners experiencing any issues can keep their video cards crossed that the patch will tidy up the dead.