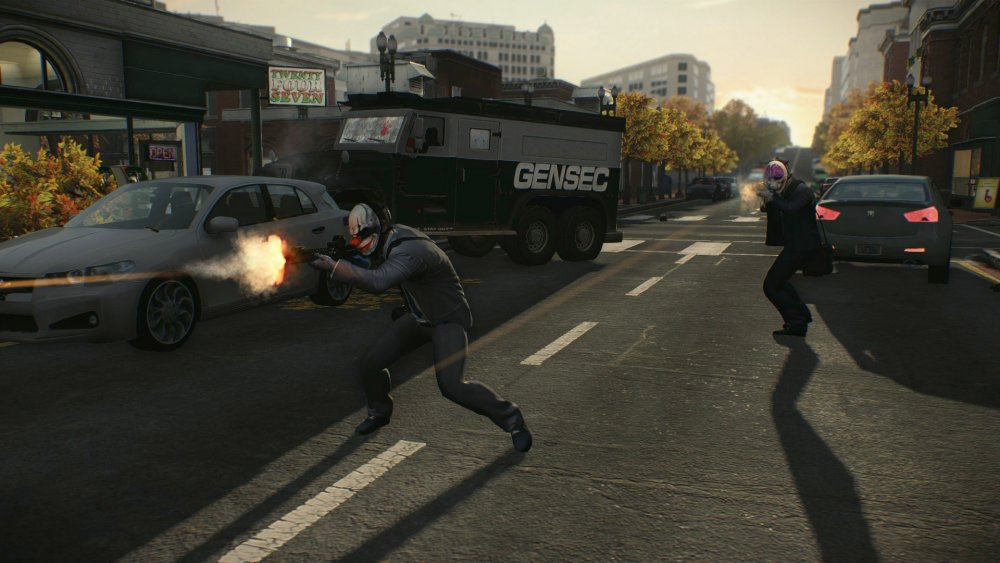 The very first officially DLC for PAYDAY 2 went live yesterday; the first of many from Overkill Games! The “Armored Transport” DLC grants a variety of additional content, most predominately new armored vehicle heist missions as the title suggests. In addition to the newly added armored car and train heist missions (all playable across six already existing maps in the game), brand new content such as: three deadly weapons to equip, four different U.S. president masks to adorn (including Richard Nixon, Bill Clinton, George Bush, and President Barack Obama), and four mask patterns and materials to work and customize with.  Key features for the DLC include:

We also have a nice launch trailer for the DLC to watch, so take a quick look while downloading this content:

The “Armored Transport” DLC is now going for $6.99 on Steam, so go and grab it while its hot. PAYDAY 2 is still one of our favorite co-op games of this year, so get out there and see why that is.

UPDATE on the XBOX 360/PS3 PAYDAY 2 PATCH: QA testing is still underway, but the DLC should be here very soon, according to Overkill Games. The aforementioned DLC will also follow shortly after the update goes live.