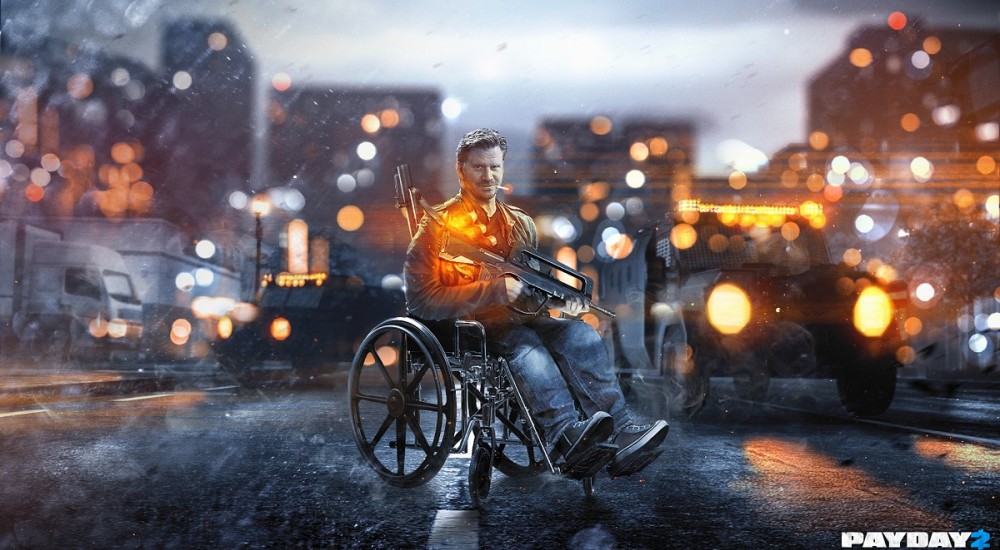 Overkill must be drinking some of the water over at DICE, because their latest PAYDAY 2 DLC announcement includes some all-too-familiar neon highlights and bass booms from another well-known FPS title. Weapons expert Gage fills us all in on the official website about his latest weapons pack for us to dive right into.

"Yes, this is us at Overkill tipping our hats to a fellow Swedish game developer."

All jokes aside, this DLC gives PC players access to four new ranged weapons, four melee weapons, 28 weapon mods, four unique masks, four patters, four materials, and ten achievements to collect. All of these DLC items are now available for $4.99 as of today. As for console owners, don't forget that Overkill previously announced the new PAYDAY 2 Crimewave Edition coming to PS4 and Xbox One at some point, more release date details to come. This version will have "enhanced features and a stash of new bonus content".