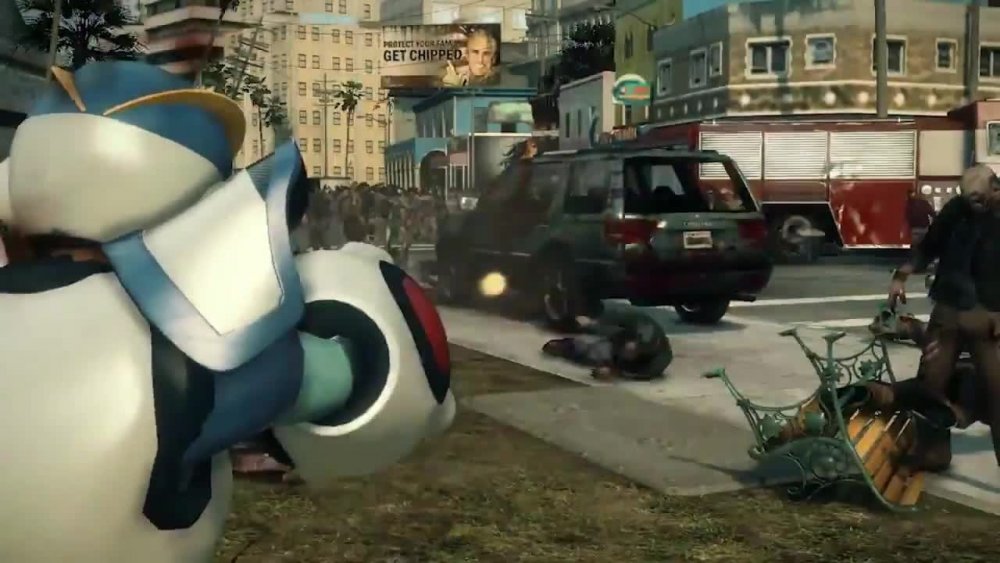 Some of us are old school.  Old enough to remember a time before the first Dead Rising was out.  Even old enough to recall Zombies Ate My Neighbors.  It would appear that the folks of Capcom are gaming geriatrics too, as they have just released a new video for Dead Rising 3 that features a Mega Man suit and it is oh so powerful.

The Mega Man franchise has been going since the late 80s and has had more spin offs than a Red Bull Air Race.  The Man himself is legend, using his powerful cannon to obliterate his enemies (all of who are called something Man).

Now the players of Dead Rising 3 can get in on the action as a reward for completing the game.  However, if you want the ever powerful Mega Buster, you will have to complete the game in Nightmare Mode.  I think this new video may be incentive enough for you to have a go, zombies fly when the cannon is a firing:

Dead Rising 3 is out this Friday. 22nd November and features 2 player online co-op throughout the campaign.