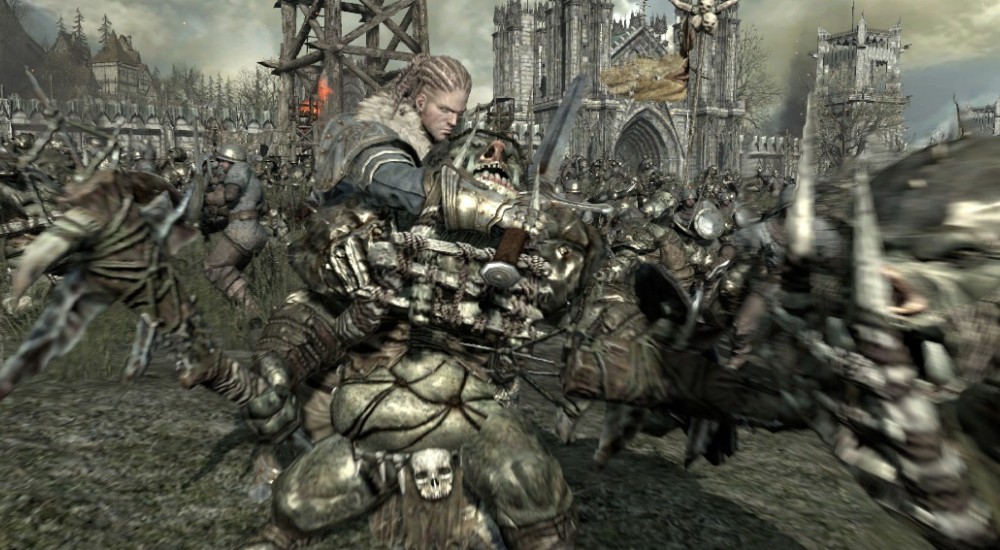 Korea's G-Star gaming expo shed some more light on the development of Kingdom Under Fire 2. First up, a meager three years after the announcement that it would be coming to the Playstation 3, developer Blue Side announced a version for the PS4 is also in the works. While South East Asia will see the release of KUF2 sometime next year, North America, Europe, and the rest of Asia are all planned for some time beyond that.

Perhaps the most visually stimulating material out of G-Star related to the fifteen-player co-op game are the two trailers that show off some gameplay, and also incredibly long swords.

Take a look at number one.

I'm not really one to harp on graphics, but this just looks straight up gorgeous. And did you see the dude running and gunning with two flintlock pistols? I didn't even think you could go all gatling gun with those things. Honestly, this gameplay makes me think "MMO crossed with Dynasty Warriors." If they can deliver a more quality experience than the average Dynasty Warriors product, I think I can get behind it.

The next one shows off a mission entitled "Shining Spring" that shows off some of the character stuff and even more of the combat.

It looks like the game makes a big deal out of both unit management and also letting your playable character jump into the thick of things when you grow weary of ordering troops to their deaths from atop your throne. Seeing an unstoppable warrior with a sword as large as your entire body wade into the fray and cut down like a thousand enemy soldiers might do a lot to increase morale, as well.