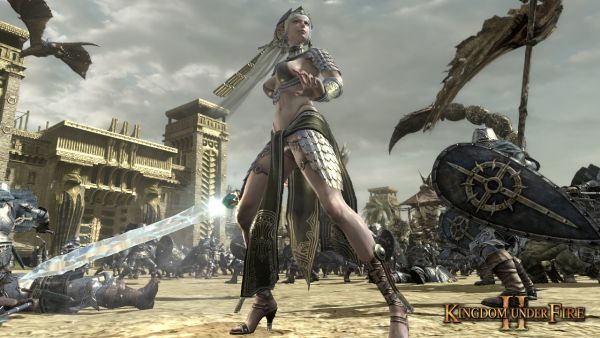 Good news, PlayStation 3 owners.  Kingdom Under Fire II developer Blueside has confirmed that the Action/RTS game is coming to the PS3 at the same time as the Xbox 360 and PC versions.  The exact release date has been hard to pin down, mainly due to problems with Xbox LIVE's closed content policy.

The PS3 version of the game will include exclusive content such as characters and missions as well as a few unannounced PlayStation Network features.

The game will support 15 player co-op, and allows players to control a hero from the 3rd player perspective while incorporating strategy elements.  This will be the series' first foray onto the PS3.  Unfortunately, this may be the first PS3 game to be delayed as a direct result of Xbox LIVE online content policy.  Here's hoping Blueside releases the PC and PS3 version of the game when they say it is finished, and that they don't delay it so they can simply release them at the same time as the Xbox 360 version.