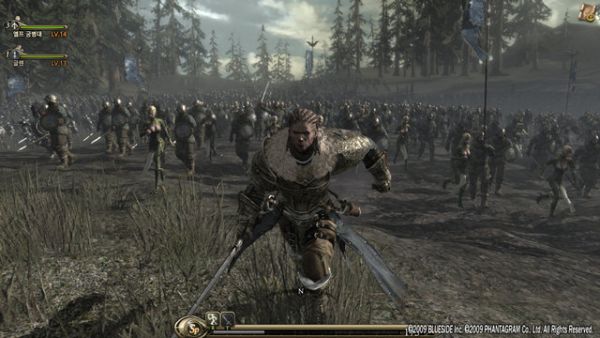 Bad news everyone!  According to Eurogamer.net MMO Kingdom Under Fire II will not be released on Xbox 360 until Christmas of 2011 due to Xbox LIVE's closed policy.  KUFII game director Sang Youn-Lee told Eurogamer.net:

Our initial plan was we wanted to develop the console version first - the Xbox 360 version.  We actually have completed the system, but because of the policy, we felt that if we kept developing [it] the PC version would have come out too late.

The reason for this is the same as it is for everything, money.  There may be problems figuring out the billing policy.  Microsoft has one way of doing things, and the rest of the Internet has another.  The game is being co-developed by Phantagram and Blueside.

The article went on to say that the engine is up and running, and that Xbox 360 owners could look for a demo this coming spring...if you live in South Korea.  See, Canada and Europe!  The U.S. doesn't get first dibs on everything!   While the ins and outs of what makes Xbox 360 policy so dicey are a little esoteric, the main thing to remember is that the makers of Kingdom Under Fire II are trying to bring it to the Xbox 360, whether they will succeed or fail, we'll find out in the coming months.  All thirteen of them.  For now, here's a video featuring some co-op game play.  Enjoy!