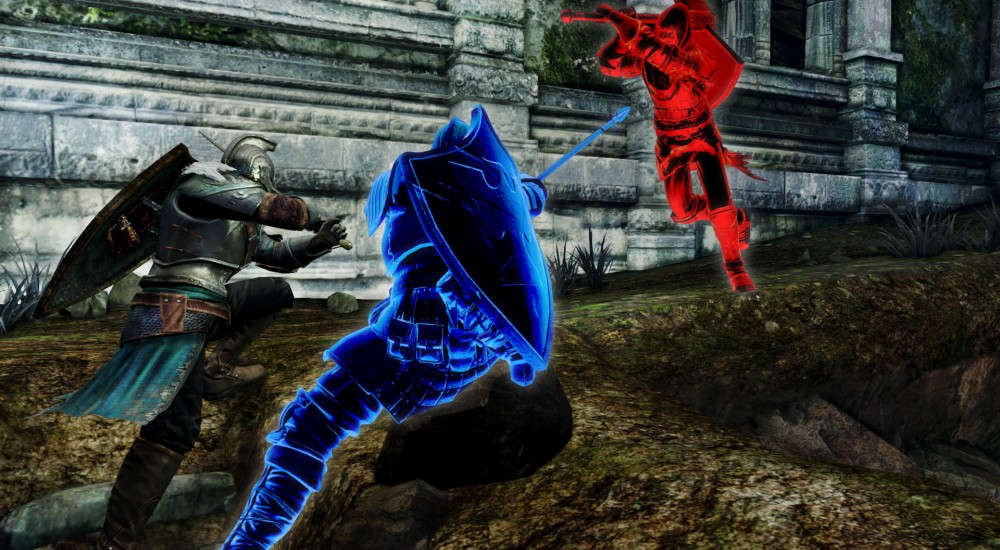 The newest Dark Souls 2 screens don't just show your hero being pancaked by a champion thirty-seven times his size, or devoured whole by some hellish demon to be digested over the course of several weeks. Though, those things will undoubtedly happen. Instead we've got shots showing the Covenants doing what they do best, which is either protecting or infuriating other heroes.

Joining a Covenant is pretty easy. Just swear the oath and boom; you're now part of a Covenant. Each Covenant has different goals in mind when it comes to joining other players' worlds. Let's say you seek a group of like-minded individuals who wish to help each other out. Join up with the Way of Blue and assist your fellow Blue-ites against the tougher critters DS2 has to offer. But what if you don't play well with others, and also are a terrible person? The Brotherhood of Blood wants you to jump into some poor fool's game and ice them right before they kill that boss they've been struggling with for so long. The Heirs to the Sun (I assume those are the yellow dudes?) think the Way of Blue is too close-minded, and seek to help anyone who is in need regardless of affiliation. The Bell Keepers are staunch guardians of twin bells representing the bond of two lovers who were destined to never be united. I'm guessing getting too close to those bell towers will bring a really painful hammer down.

There are purportedly many more Covenants to find by exploring the world of Dark Souls 2.

So what will it be? Are you going to save someone from being lashed to death by flesh-rending plants? Or are you scheming to cut off some poor schmuck's legs while they're fleeing from some soul-eating hell beast?